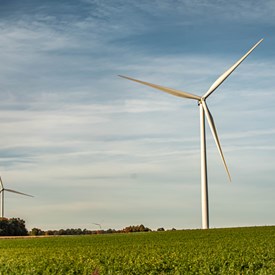 The Climate Council’s Cities Power Partnership program is Australia’s largest network of local councils leading the way to a thriving, zero emissions future. In just four years, membership has swelled to more than 150 councils that represent almost 60 per cent of Australia’s population.

“We have taken the pledge to tackle climate change in our own community as part of the Cities Power Partnership,” she said.

“We’ve heard loud and clear from residents and ratepayers that meaningful action on climate is what they want.

“We’re proud to join the hundreds of shires, towns and cities across Australia that are cutting greenhouse gas pollution, switching to clean energy and building resilient communities.”

Some of the innovative projects councils are taking part in include transitioning council fleets to electric vehicles, installing solar battery systems in thousands of homes and businesses, and even spearheading Australia’s first carbon-neutral kindergarten.

“I would like to congratulate Glen Eira City Council on joining the local climate leaders in the Cities Power Partnership,” Dr Odell said.

Our commitment to tackling climate change

As part of Council’s new website, we have developed a New Residents’ Guide.