At a Council Meeting on Tuesday 10 August 2021, Councillors unanimously voted to issue a Notice of Decision to Refuse to Grant a Permit for a 10-storey development containing a supermarket, place of assembly, café and apartments at 10–16 Selwyn Street, Elsternwick. 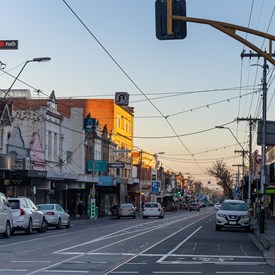 The application was the second request by Fabcot Pty Ltd to develop the land. In February 2019, Council refused a proposed 14-storey development and the decision was appealed to the Victorian Civil and Administrative Tribunal (VCAT) which upheld Council’s refusal and considered that the proposal was not an acceptable fit for the area.

The latest application sought to address the key issues by reducing the height and increasing the setbacks of the southern tower. However, Glen Eira Mayor Cr Margaret Esakoff said that the changes did not go far enough and that on balance the proposal was not acceptable with regards to the provisions of the Glen Eira Planning Scheme.

“The scale and setbacks of the southern tower will appear overly dominant from Glenhuntly Road and will not adequately respect the low scale character and heritage character of the commercial premises along Glenhuntly Road,” she said.

Cr Esakoff said the development would bring a lot of traffic into Selwyn Street, an area planned to be transformed into a pedestrianised cultural precinct to celebrate Jewish history, culture and traditions.

“The volume of traffic is just not compatible with the cultural precinct vision that has been jointly developed by Council and the community for Selwyn Street,” she said.

It is expected that Fabcot Pty Ltd will appeal this latest decision to VCAT and Council will defend its decision if it does so.

As part of Council’s new website, we have developed a New Residents’ Guide.