A number of significant Australian artists and families have lived and worked in the City of Glen Eira since 1913.

The Boyd family is one of Australia’s most celebrated artistic dynasties, and their association with the City of Glen Eira spans four generations. From 1913 to 1964, members of the family lived and worked together in a collection of properties at the end of Wahroonga Crescent, Murrumbeena. It includes some of Australia’s best-known creative identities, including painter Arthur Merric Boyd, sculptor Guy Boyd, architect Robin Boyd and novelist Martin Boyd.

The story started with William Merric Boyd (1888–1959), who with his wife Doris and their family lived and worked in Murrumbeena from 1913 to 1959. His parents artist’s Arthur Merric Boyd (1862–1940) and Emma Minnie Boyd (1858–1936) established a studio residence for him at 8 Wahroonga Crescent, Murrumbeena which he called Open Country. Merric eventually settled down as a ceramicist. He took drawing lessons at the National Gallery of Design under Frederick McCubbin and worked at the Australian Porcelain Insulator works from 1912 to 1914.

Merric established a kiln and pottery studio in Murrumbeena, where he produced the first art pottery in Australia. Although a gifted potter, he lacked business awareness and his family largely relied upon financial assistance from his mother, Minnie Boyd. After Merric passed away in 1959, Doris remained at Open Country until her death in 1960. Lucy and Hatton Beck returned to Open Country and established a pottery school, running exhibitions and classes until 1963. In early 1964, a significant part of Australia’s cultural history was lost when the house was sold to a development company, demolished and replaced by 16 units.

Read more about the Boyds 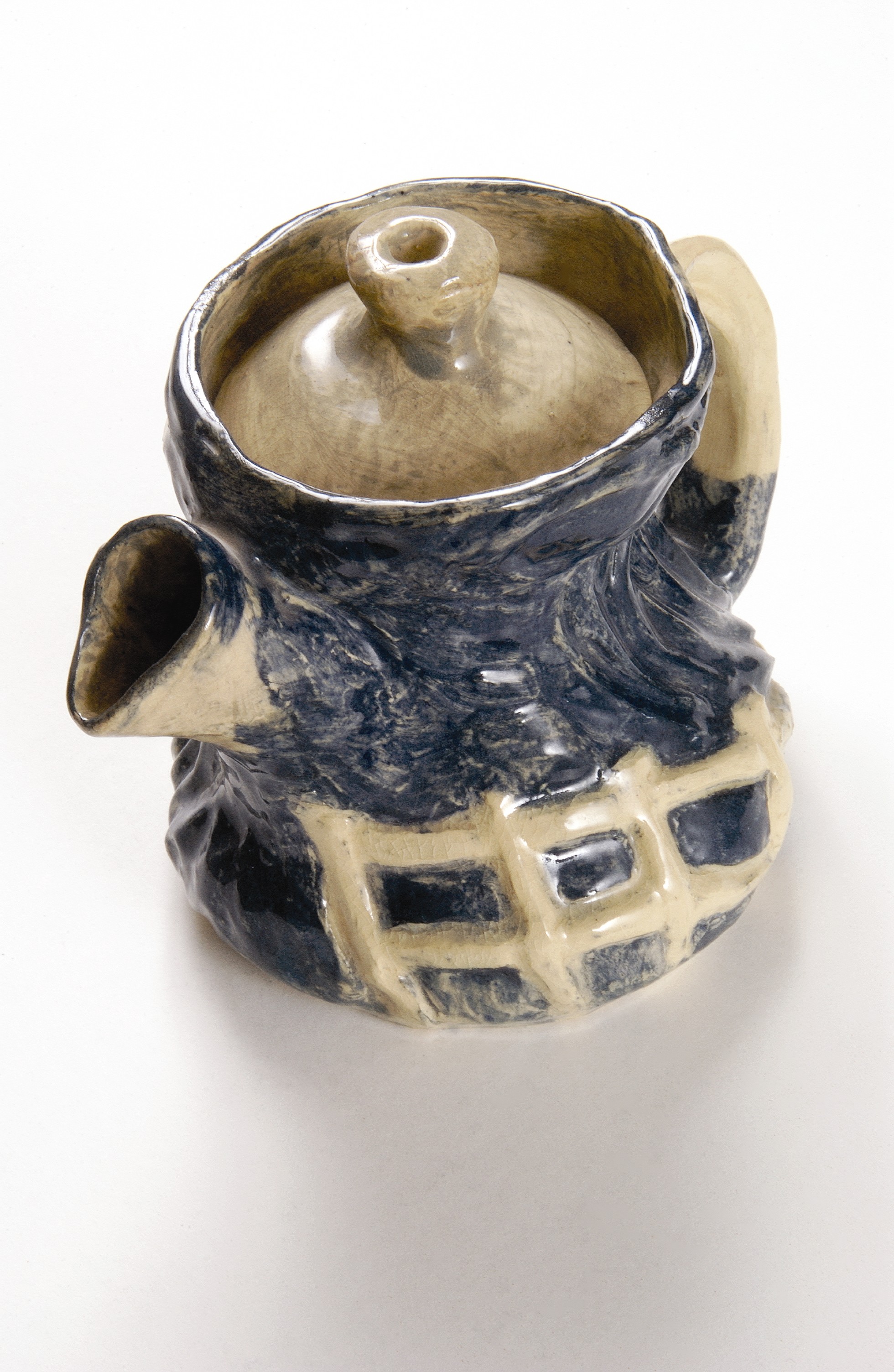 Erica McGilchrist (born in Mt Gambier in 1926, died in Melbourne in 2014) was a highly accomplished Australian artist as well as an educator, environmentalist and activist for women’s art, co-founding the Women’s Art Register in 1975. In the early 1970s, Erica purchased a home in Caulfield where she established a studio and spent the rest of her life, greatly enriching the cultural life of the local and broader community.

Erica was a key figure in the Australian women’s art movement and was dedicated to feminist concerns and women’s struggle for recognition throughout her life. She was introduced to feminism in 1975 when renowned American activist and feminist Lucy Lippard visited her studio in Caulfield and gave an informal presentation at the Ewing and George Paton Galleries, University of Melbourne about gender inequality. Like many women artists working during this period, Erica was under recognised during her life- time.

The 1995 survey exhibition Erica McGilchrist — Artist, Feminist and Humanist held at the Caulfield Arts Complex featured selected major works created between 1951 and 1995 and generated long overdue interest in Erica’s work. A retrospective of her work Erica McGilchrist: Selected Works 1951–1995 celebrating her creative achievements over five decades was held at Heide Museum of Modern Art from 23 October 2013 to 30 April 2014. In 2019 the monograph Erica McGilchrist:For the Record, edited by Linda Short was published by Heide Museum of Modern Art in partnership with Lovell Chen, providing a greater understanding of the important contribution Erica McGilchrist made to Australian art.

She held over forty solo exhibitions, numerous group exhibitions and her works are represented in major public museum collections including Heide Museum of Modern Art, the National Gallery of Victoria and many private collections in Australia and overseas. The Council’s art collection was greatly enriched by a generous bequest by Erica McGilchrist of paintings, drawings and embroideries in 1989 and 2001.

The works encompass the abstract and figurative styles and environmental, feminist and humanitarian themes she investigated in her career. The figurative painting Trio, 1970 from the Enigmas series, is a major work which explores personal narratives. The ambitious four panel painting Nature Strip No. 11.1976 from the series The Future of the Planet Earth, Unless…. and the drawing Post Nuclear Ecology 1977 are other important works from Council’s art collection which reference environmental themes and her concerns about the destruction of the natural environment. Erica advocated for environmental protection throughout her life.

A fascination with embroidery evolved from a long- term interest in textiles and the female craft movement. This led to a series of richly coloured embroideries with abstract designs created from the mid-1970s through to the early 1990s. “Embroidery was to become McGilchrist’s preferred medium in the 1980s and into the 1990s, a liberating change that she found empowering.” 1.

Although her achievements were not fully recognised during her lifetime, Erica McGilchrist left an important artistic legacy for future generations of women artists and made a significant contribution to Melbourne’s artistic life from the second half of the twentieth century onwards. 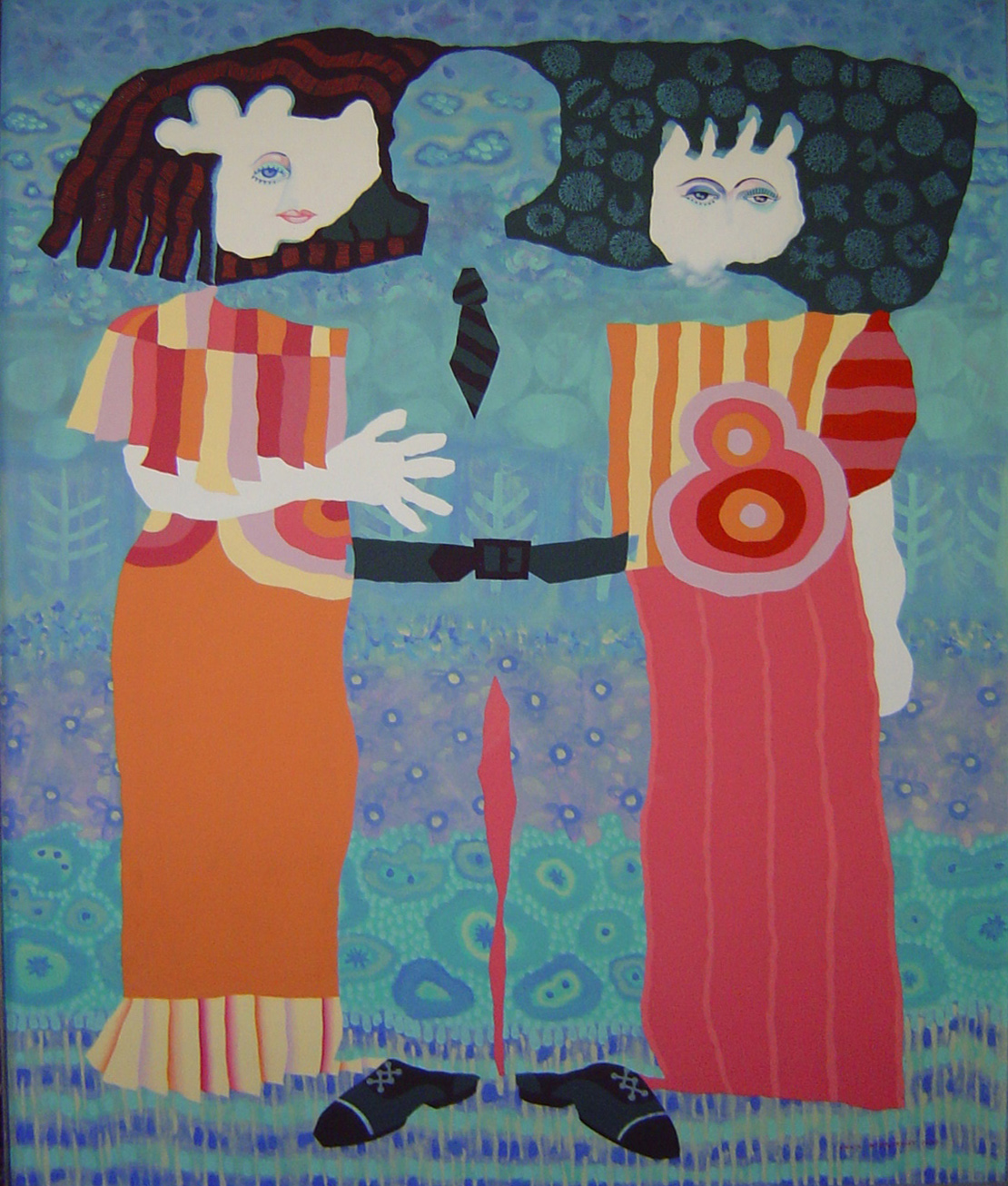 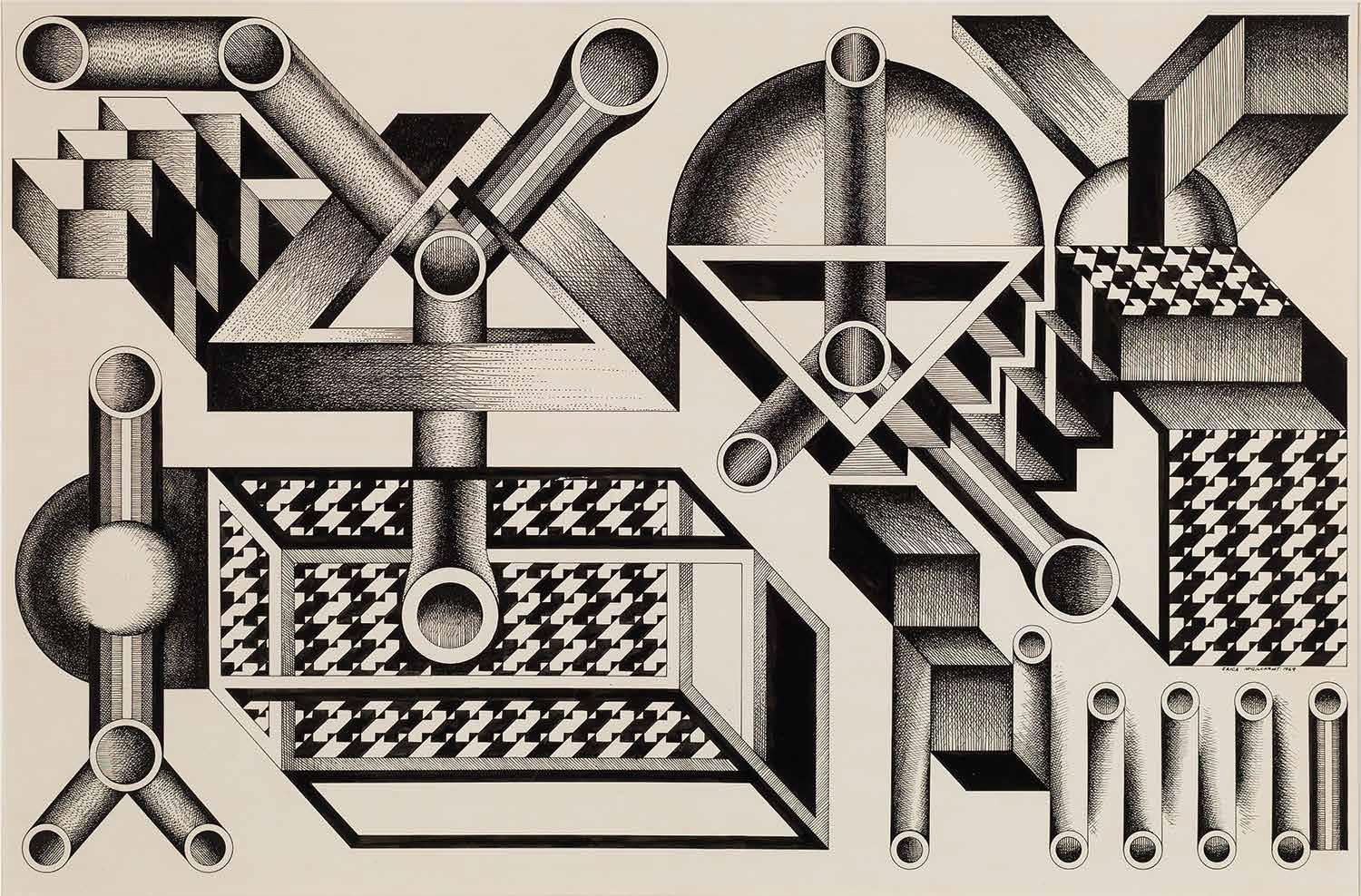 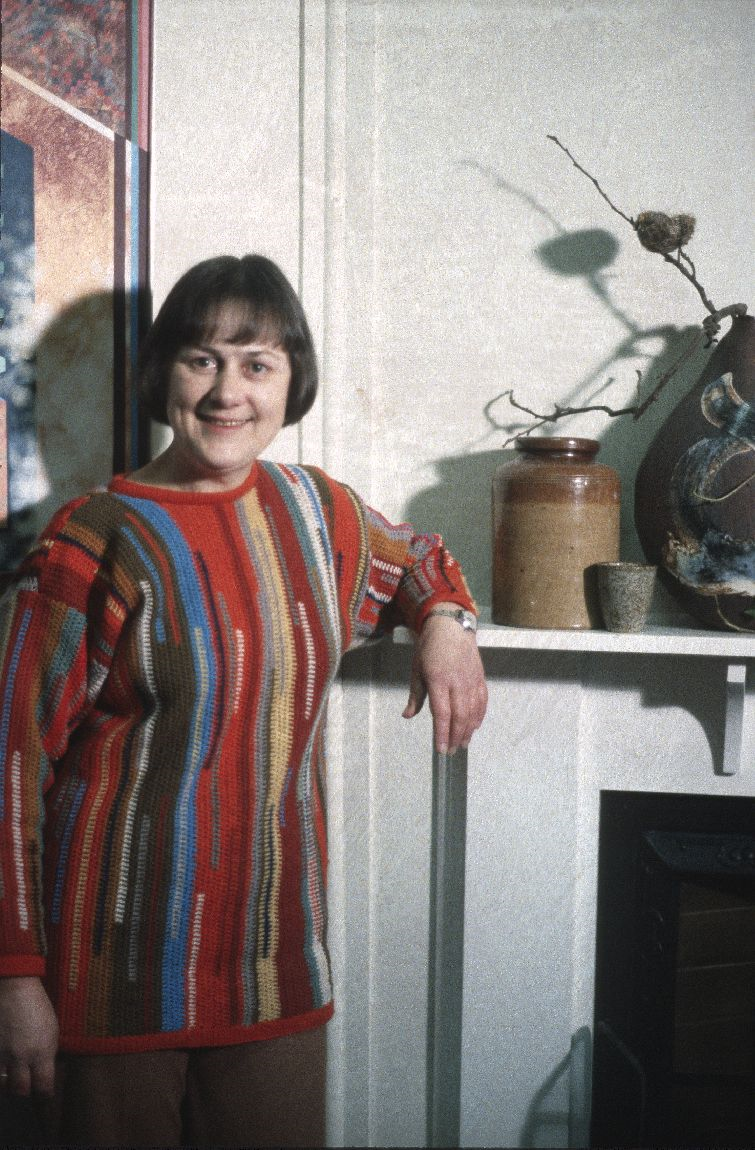 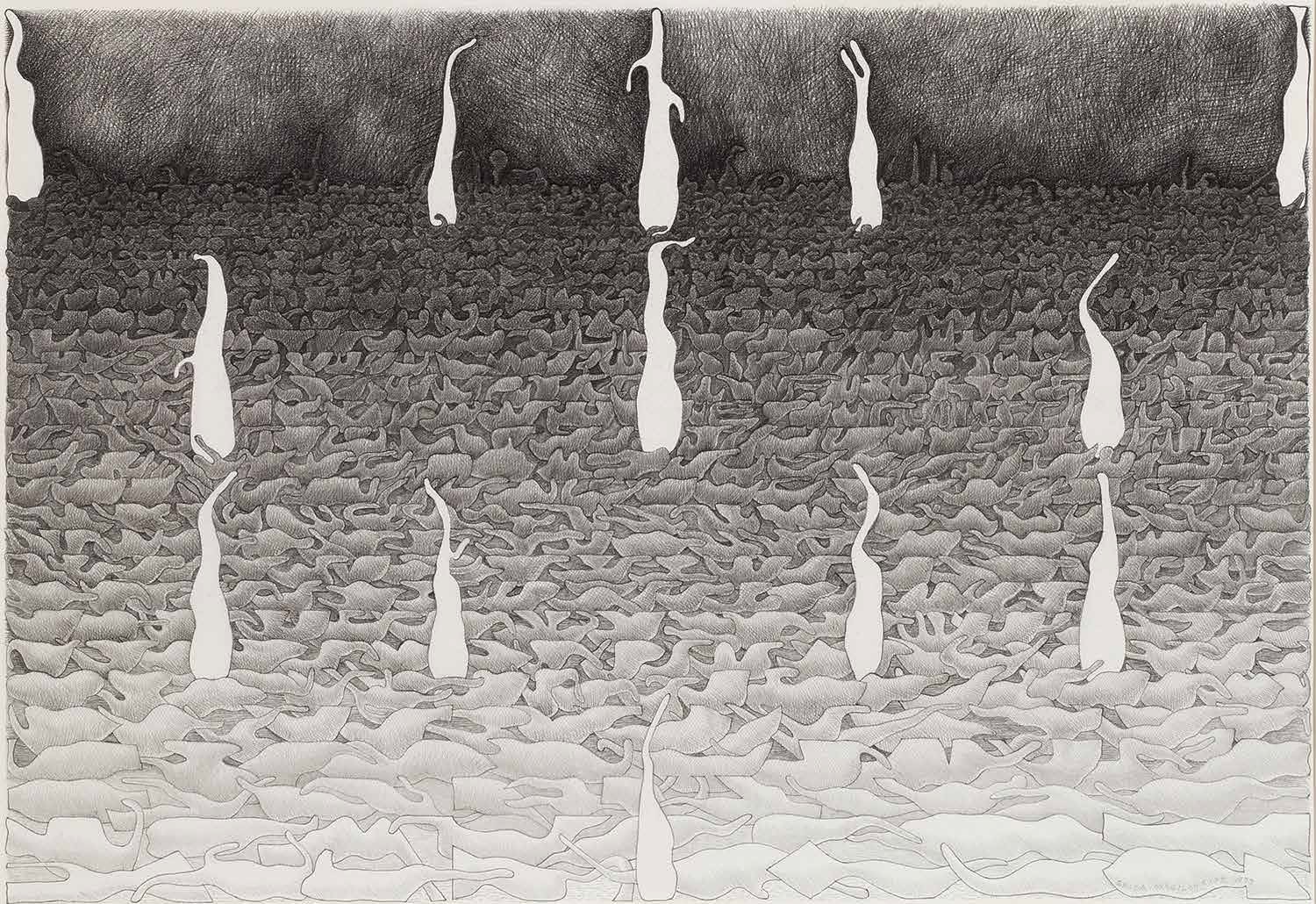 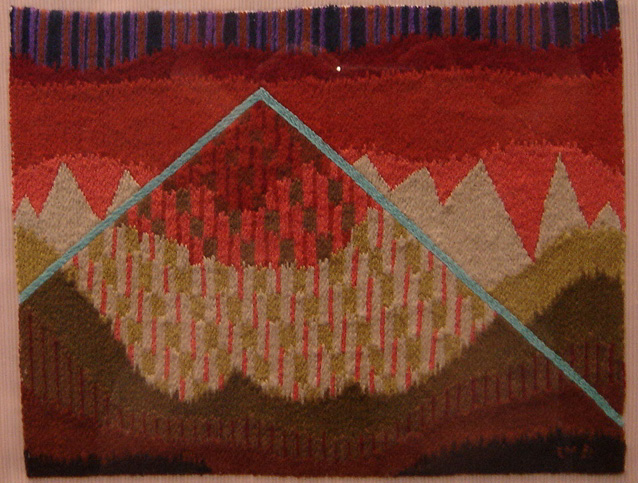 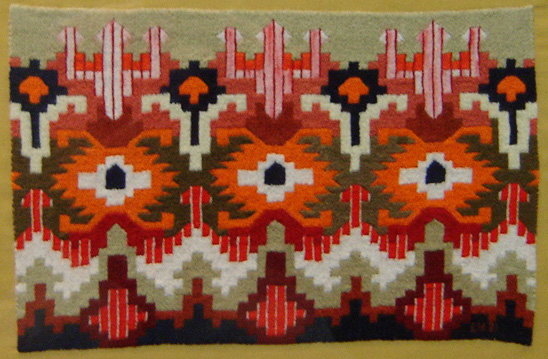 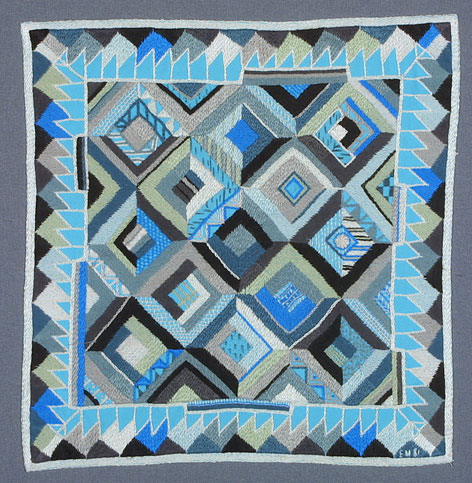 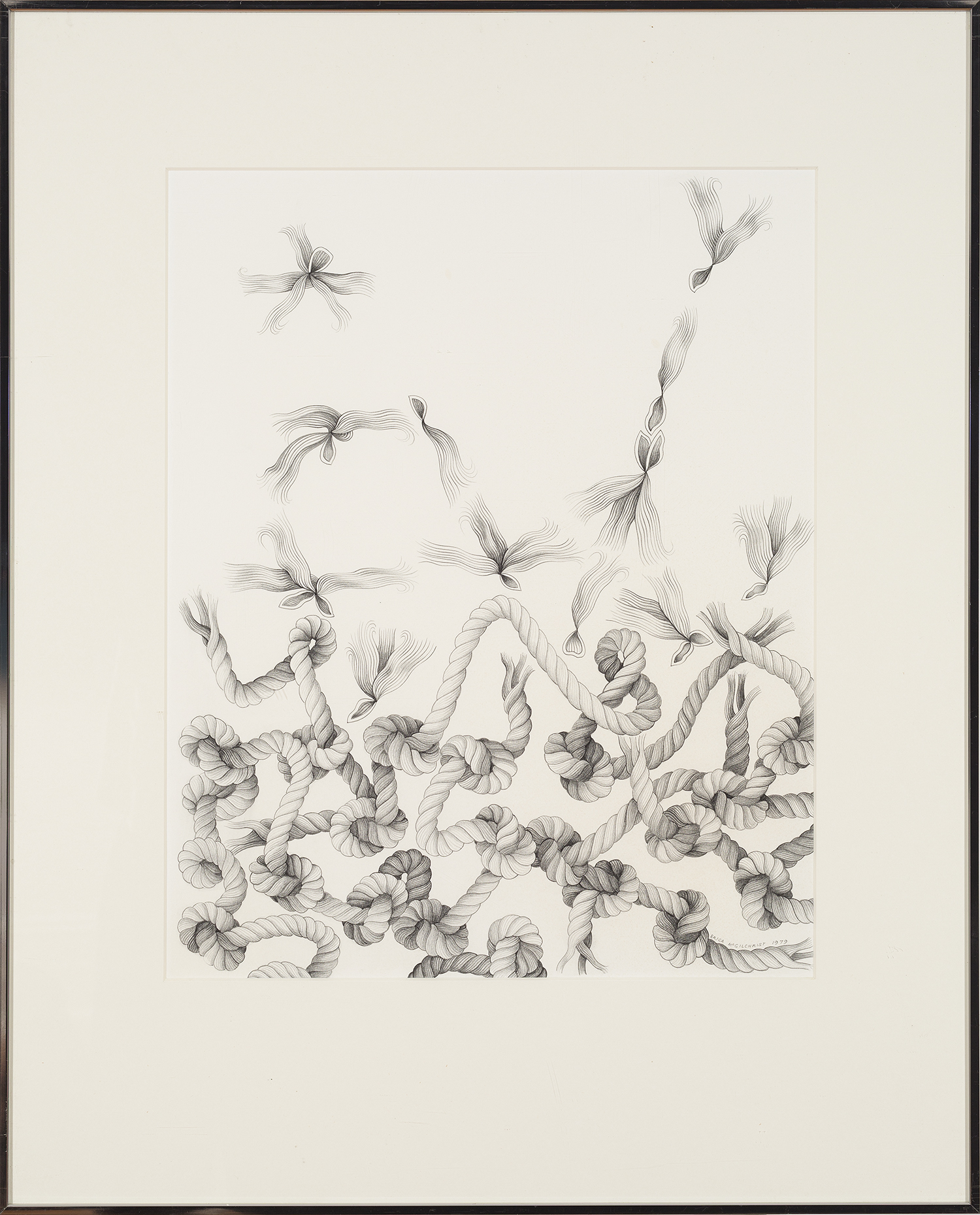 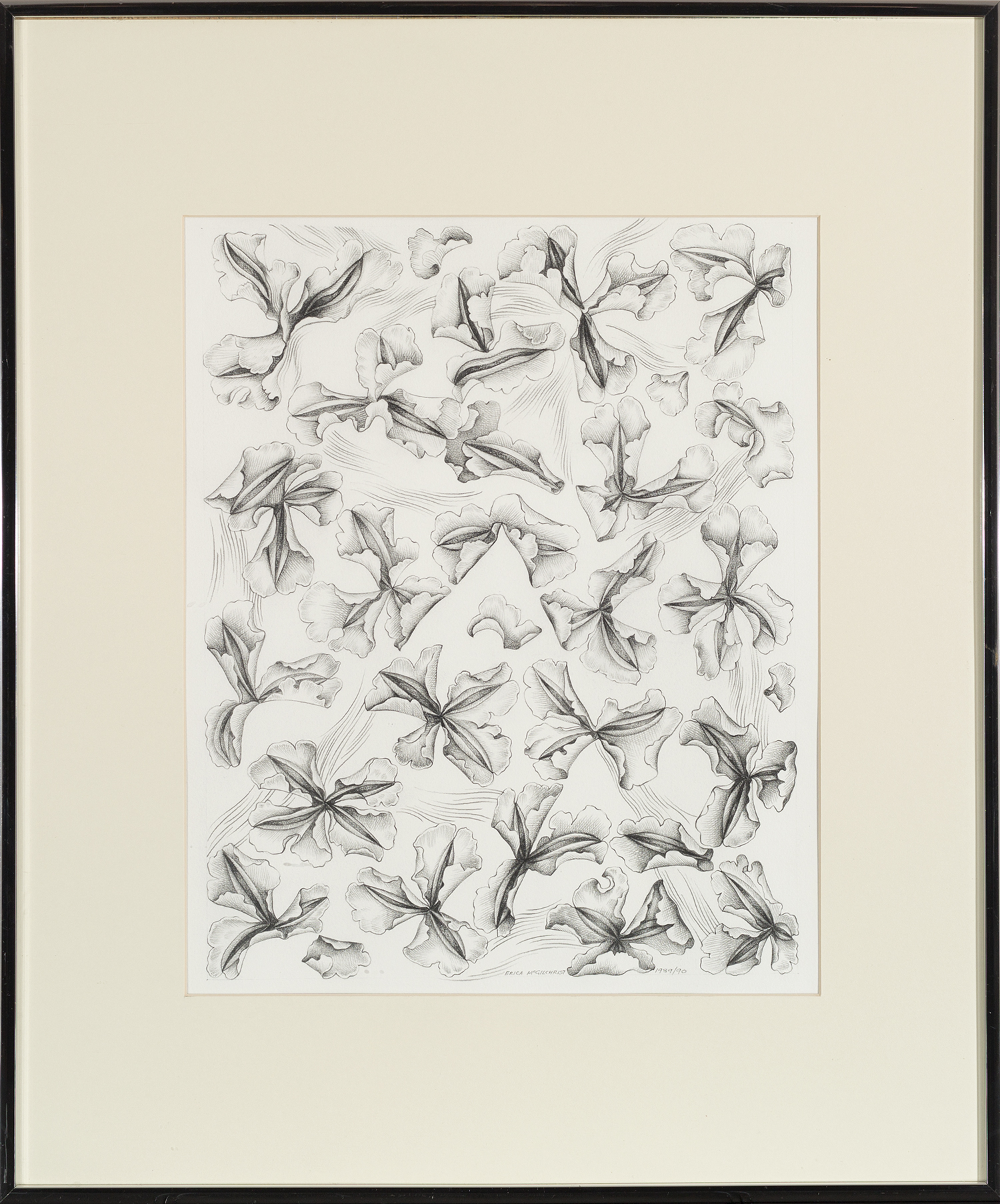