This exhibition celebrates the creative achievements of Arthur Merric Boyd (AMB) Pottery, one of Australia’s most innovative, significant and vibrant post-war potteries. Established in 1944 by artists Arthur Boyd and John Perceval together with philosopher and artist Peter Herbst, the AMB Pottery was located at 500 (now 502) Neerim Road, Murrumbeena until it closed in the early 1960s.

In 1913, Arthur Boyd’s father Merric established Australia’s first studio pottery at Open Country, the Boyd family property located at 8 Wahroongaa Crescent, Murrumbeena. Open Country, was the centre of family life, and an extraordinary artistic milieu for generations of the talented Boyd family and their circle of friends. The artist Hatton Beck worked with Merric Boyd in his pottery at Open Country in the 1920s and the 1930s and then married Merric’s eldest daughter Lucy Boyd in 1939. Hatton Beck borrowed some of his equipment and set up the Altamira Pottery in 1939 with Lucy Boyd Beck in a former butcher’s shop in nearby Neerim Road. In 1944, Hatton and Lucy Beck sold the pottery business and equipment to Arthur Boyd, John Perceval and Peter Herbst for two hundred pounds. It was then renamed Arthur Merric Boyd (AMB) Pottery after Arthur’s grandfather Arthur Merric Boyd and father Merric and was a short walk to Open Country. ‘The AMB Pottery occupied two shops between the laneway and Heads Garage, a well-known local business (1).’

As Richard Haese noted, ‘The immediate aim was the mass manufacture of utilitarian crockery to meet the demand caused by wartime shortages’ (2). By the late 1940s, the focus of the AMB Pottery changed and it started to produce more colourful, experimental and vibrant one-off earthenware pieces. Coffee and tea sets, bowls, carafes, plates, jugs, decanter sets, vases and tiles applied to coffee tables, often decorated with angels, beasts, portraits, and Australian flora and fauna motifs emerged out of this collaborative, exuberant and creative environment. The pieces were mainly unsigned, incised or inscribed in the base with the ‘AMB’ mark or ‘Arthur Merric Boyd’ with the exception of Boyd, Perceval and Douglas who inscribed or incised their names or initials. They sold their earthenware through the Primrose Pottery Shop in Little Collins Street, Melbourne, Georges in Collins Street, Melbourne and also directly from the AMB Pottery.

This exhibition recognises the important contribution that the AMB Pottery made to twentieth century Australian ceramics. An exciting new generation of potters emerged in post-war Melbourne, creating earthenware of exceptional vibrancy. A selection of Arthur Boyd’s celebrated earthenware tiles and terracotta sculptures, John Perceval’s remarkable ceramic Angel sculptures, large bowls and other related works that evolved as a result of the AMB Pottery are featured in this exhibition. 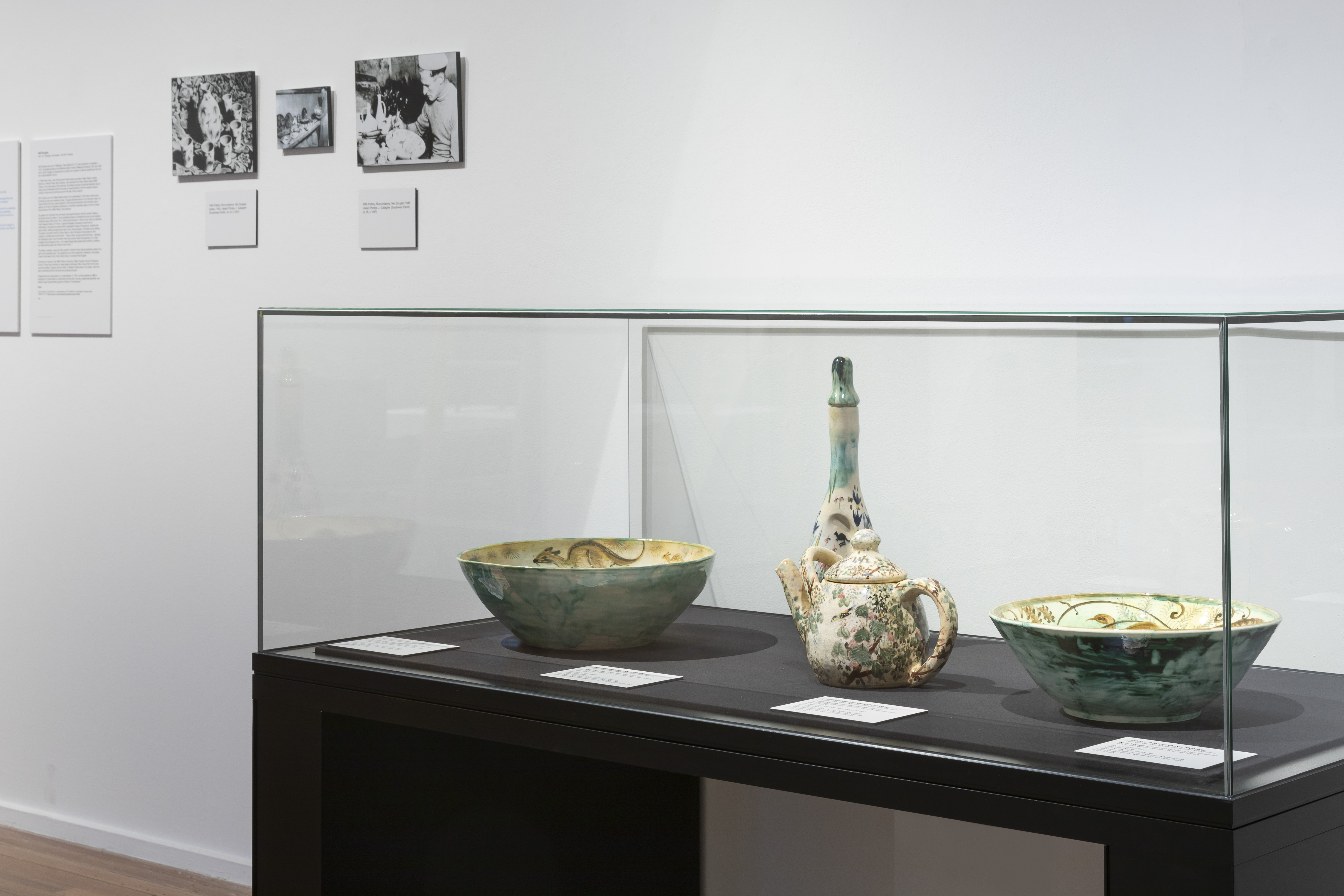 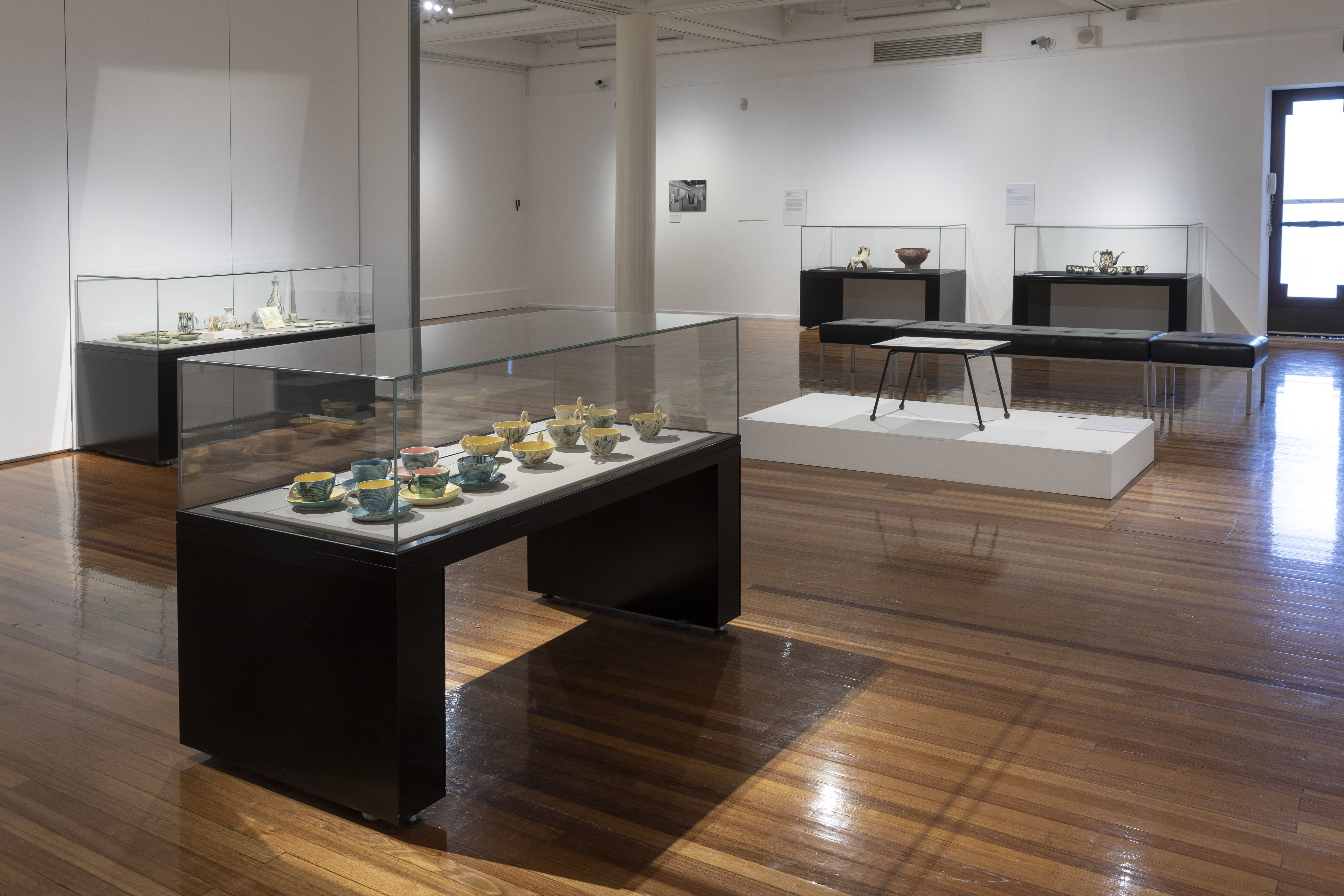 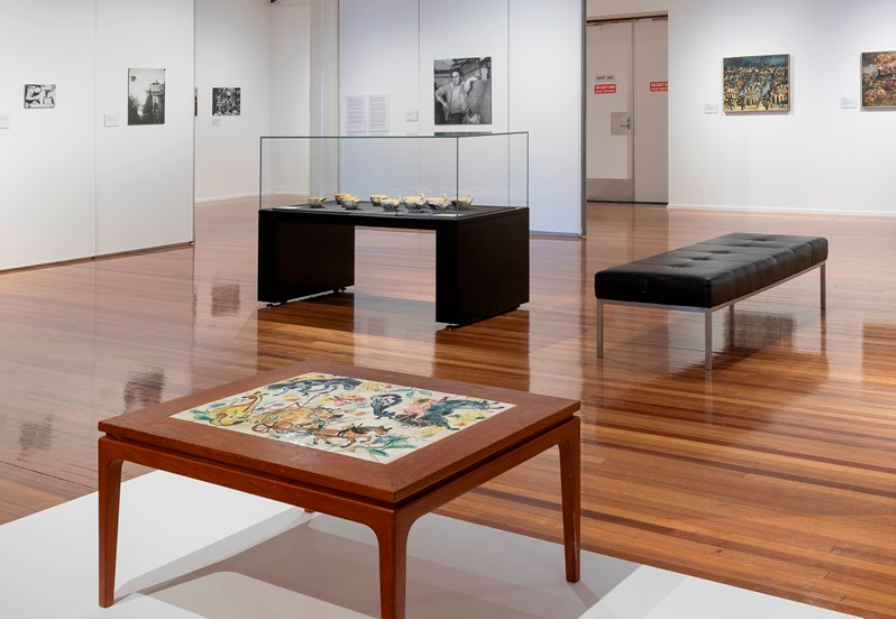 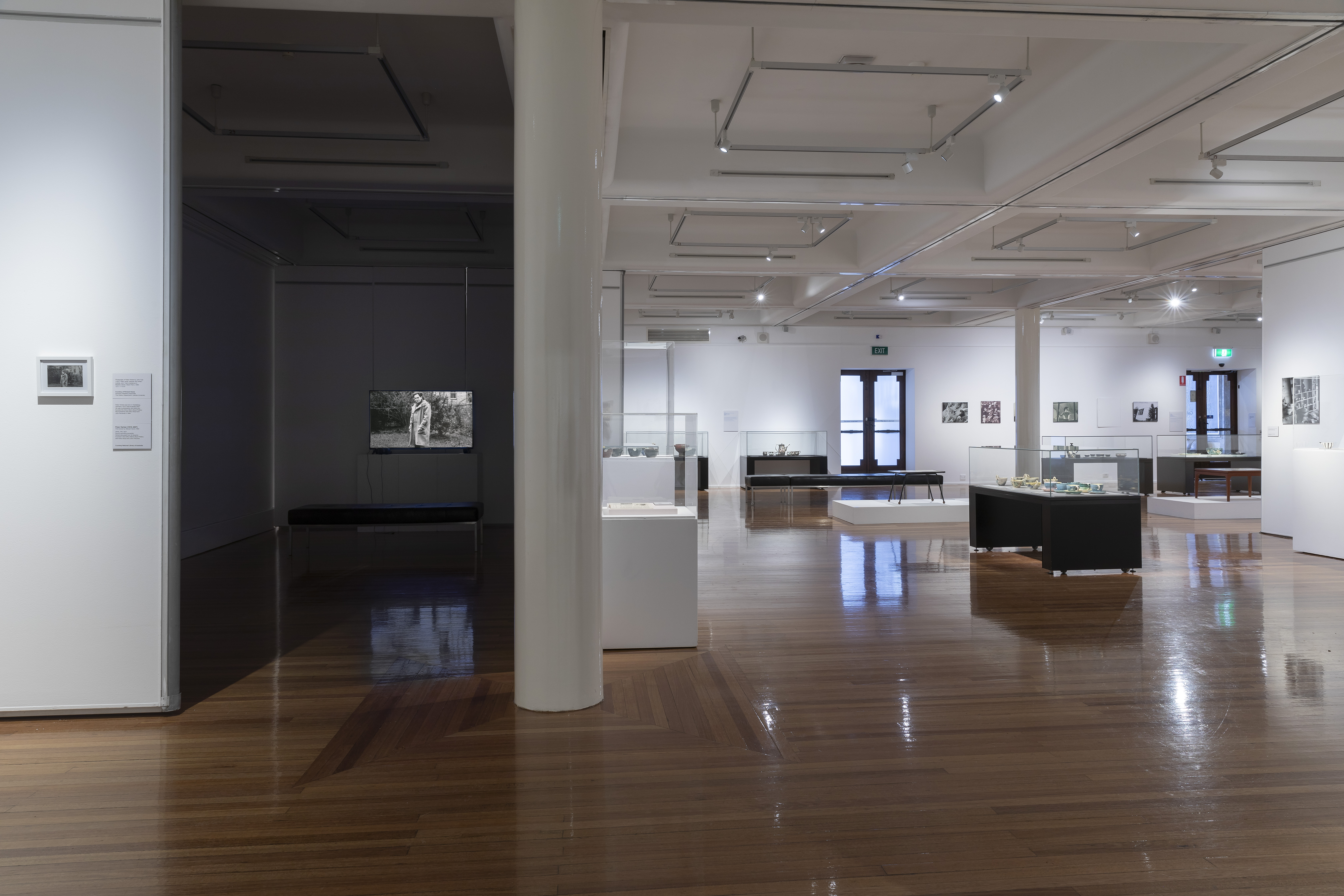 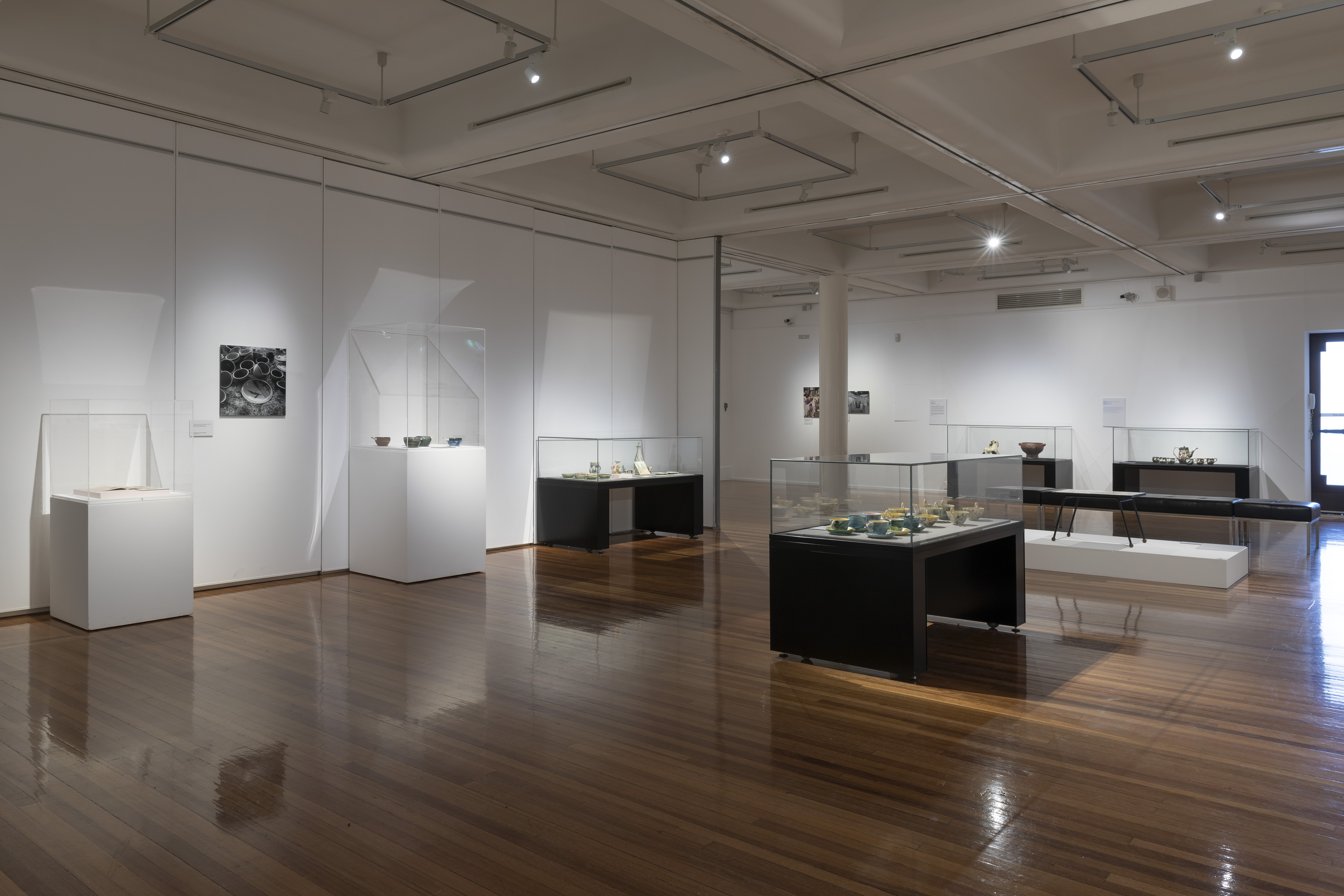 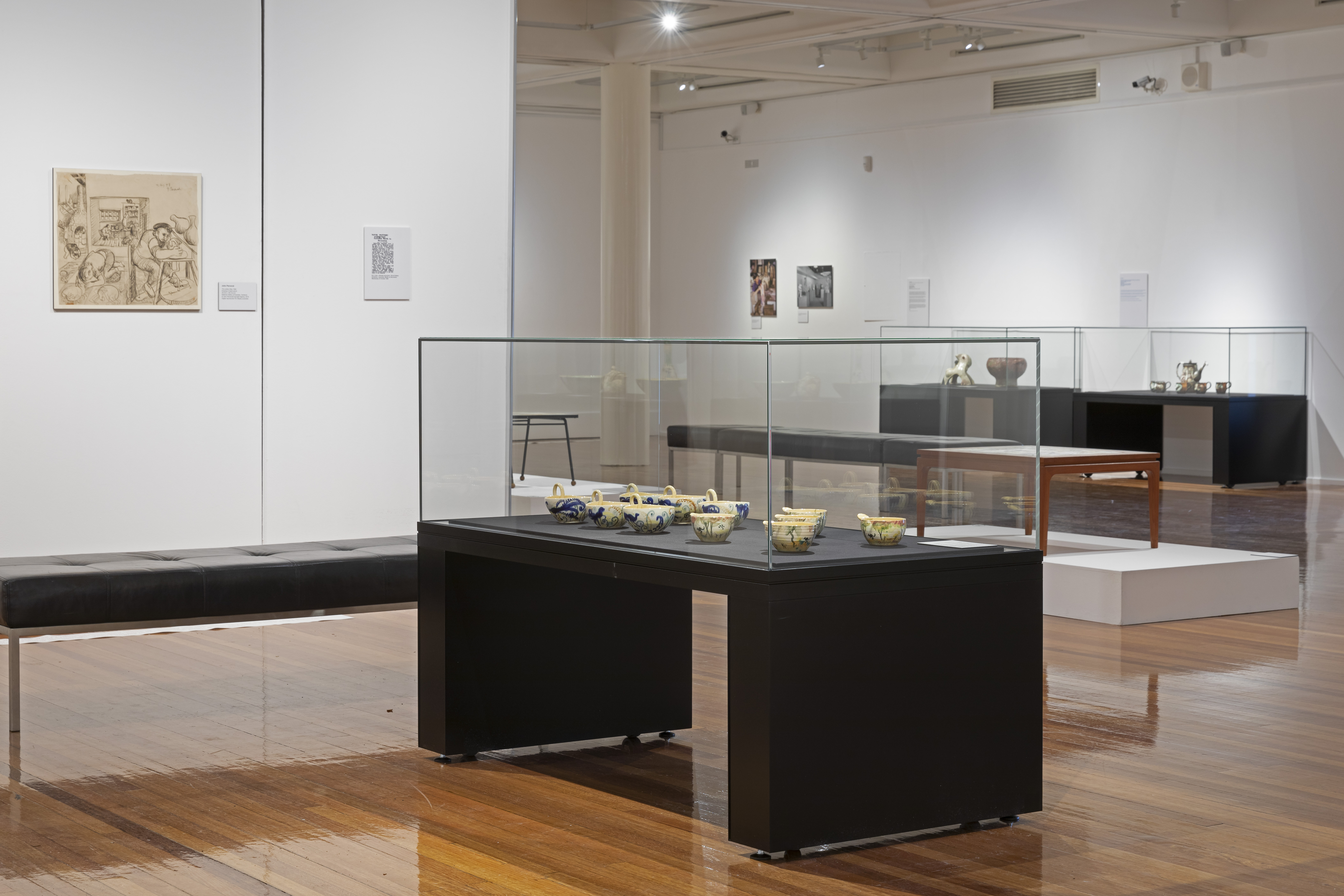 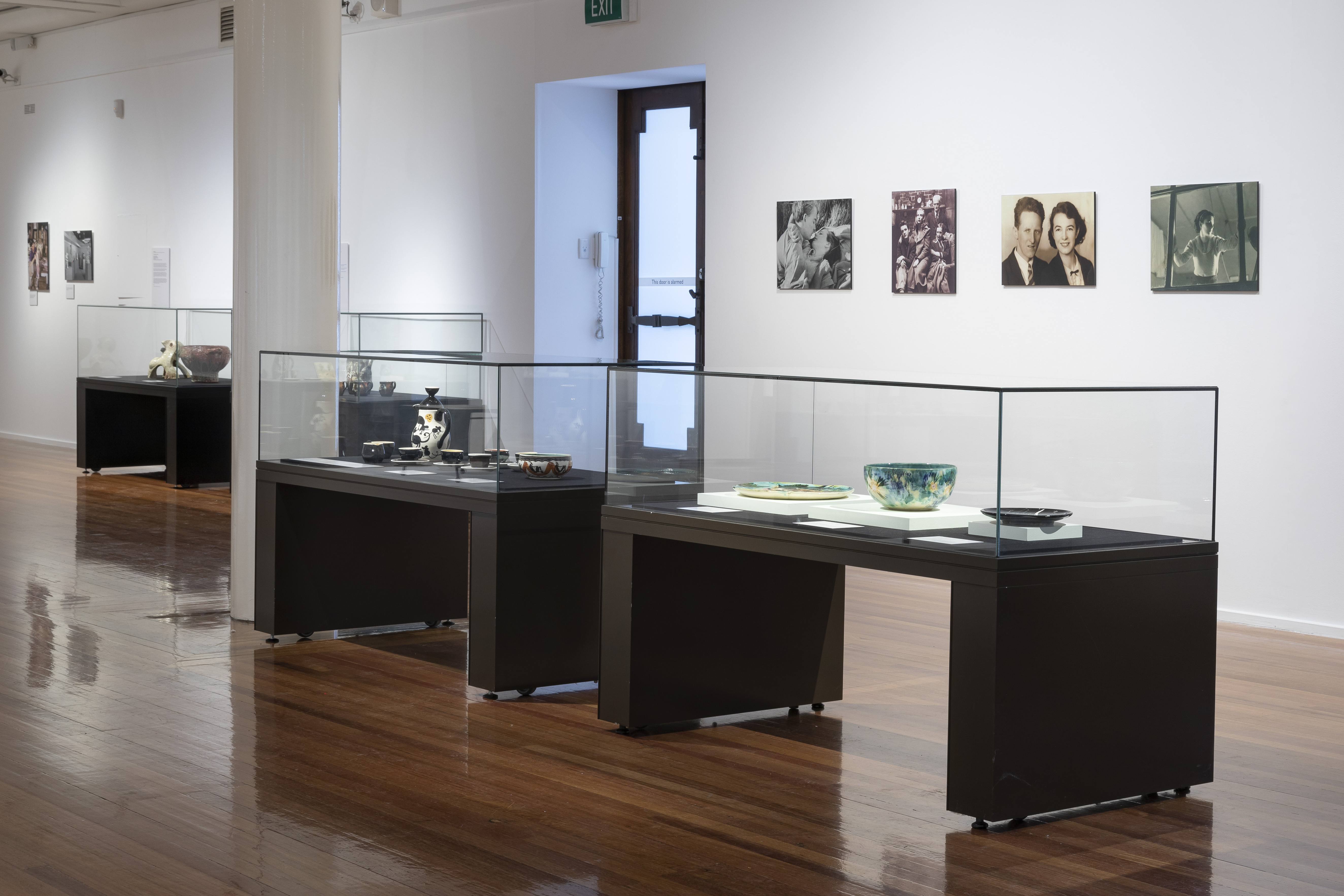