A number of requests have been received by Glen Eira City Council and Bayside City Council to improve pedestrian safety at this location due to the increase in the number of pedestrians crossing Thomas Street.

Since the upgrade of the shared user path, Bayside City Council have indicated that there has been a high increase in pedestrians using this path.

This project is supported and co-funded by both Glen Eira and Bayside Council.

The project is to be undertaken in two stages the first being Pedestrian Operated Signal installation works and then minor civil works and asphalting works.

An agreement between Glen Eira City Council and Bayside City Council for the delivery phase has been completed. Following tendering the Signal works contract was awarded in late April.

The contractor undertaking the electrical works is scheduled to begin on 16 May, subject to other authorities Department of Transport, United Energy and Melbourne Water.

The civil works are scheduled to be completed by the end of June.

Once Installation works are completed, United Energy will energise the power supply connection followed by the Department of Transport to schedule the commission of the controller.

The Pedestrian Operated signal once installed will not be in use for several weeks until energised by United Energy and activated by the Department of Transport. 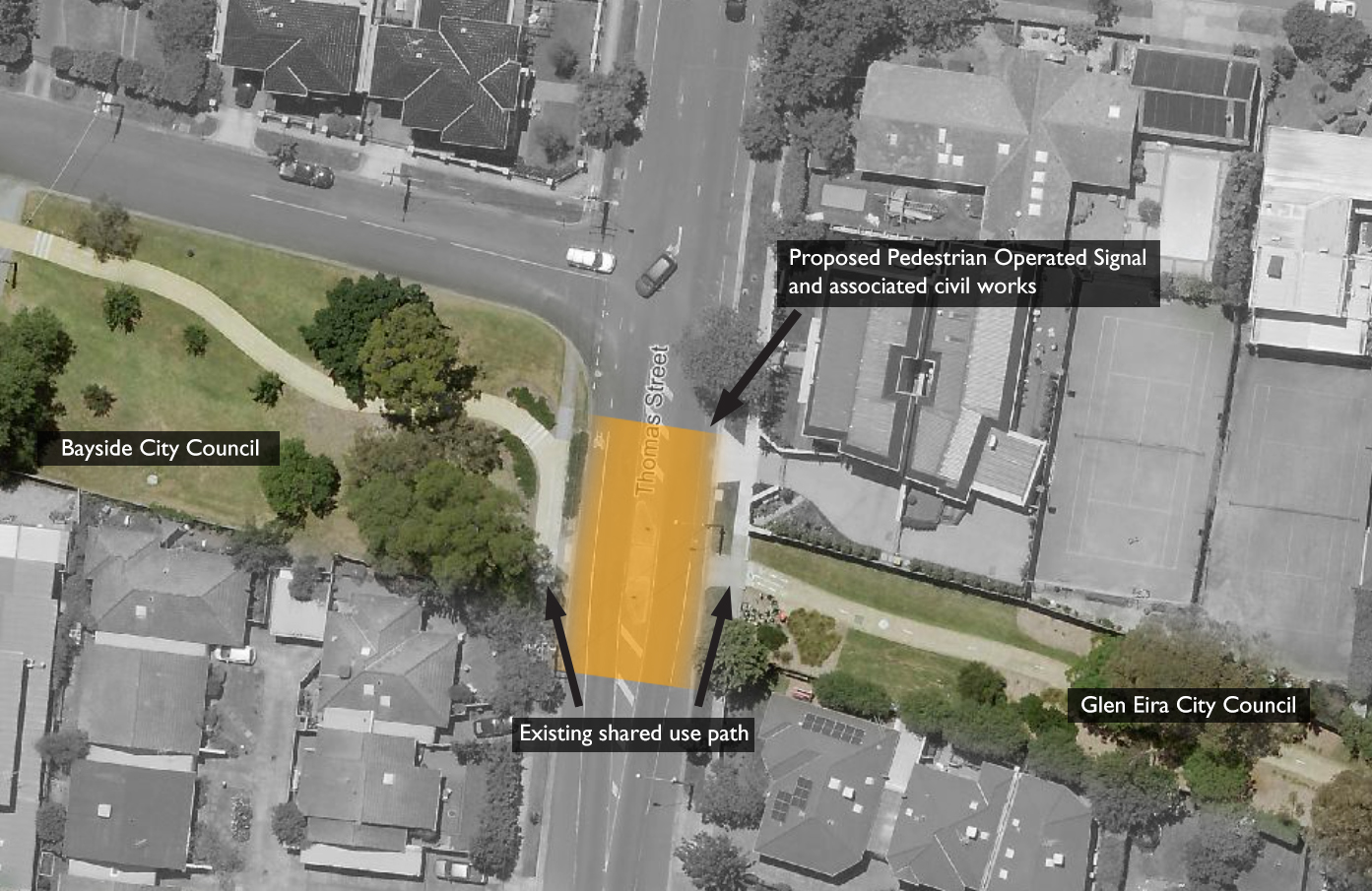 We are committed to flood mitigation and continue to deliver a significant program of drainage improvement and stormwater detention across the municipality.