We are now preparing draft planning controls for the implementation of the Caulfield Structure Plan. These will be presented to the community for comment as part of a future Planning Scheme Amendment in 2023.

Shadow diagrams (PDF, 3Mb) for the Grange, Booran, Kambrook and Derby Precinct have been updated to reflect the final structure plan.

What areas are included in the draft Caulfield Structure Plan? 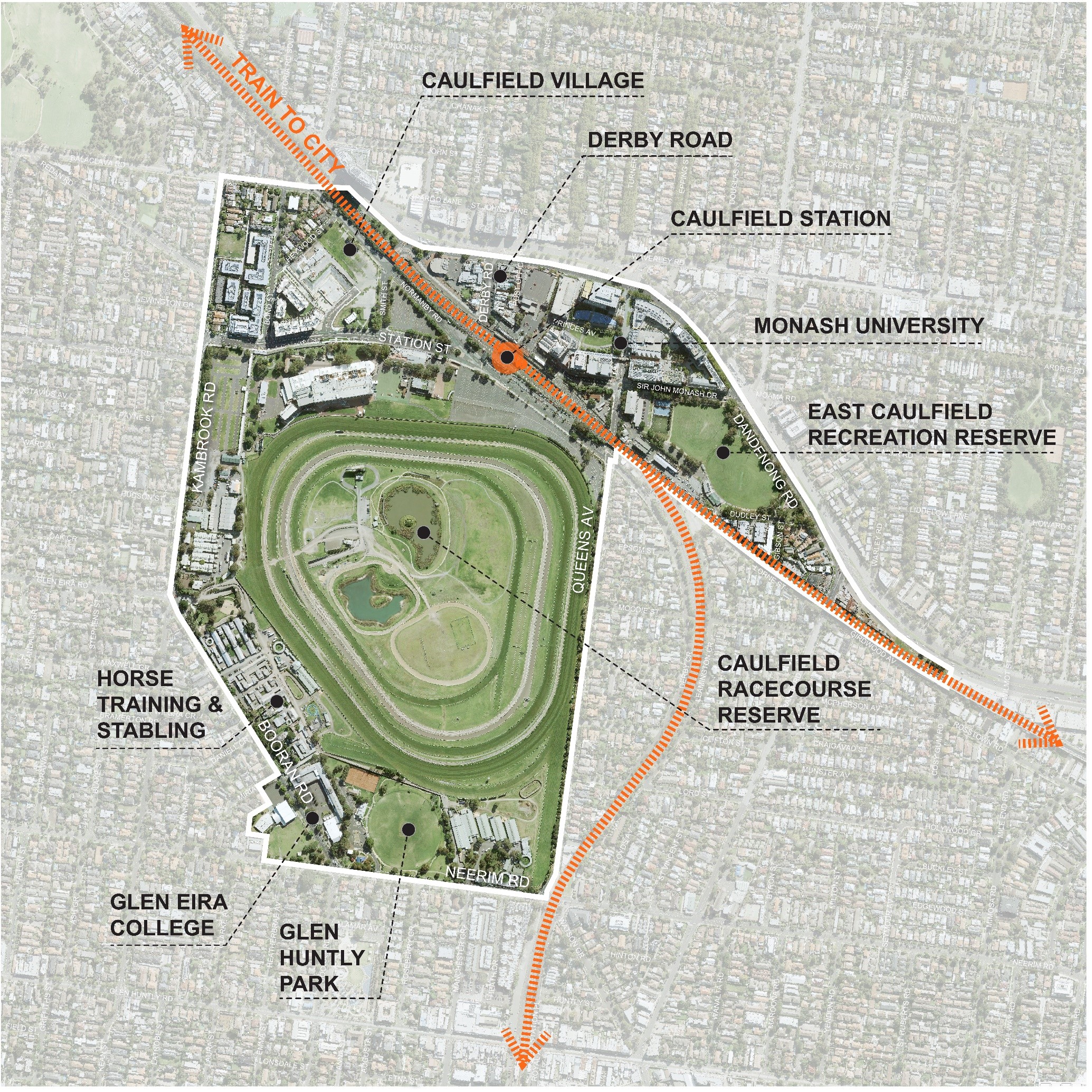 What is a structure plan?

A structure plan is a long-term plan that guides decisions about future development on private and public property. Structure plans can address a broad range of issues including land use, development, housing, employment, heritage, building and urban design, transport, parking, community infrastructure (open spaces, public spaces and community spaces), environment, sustainability and infrastructure provision. A structure plan’s primary benefit is that it provides coordination and gives greater certainty about future outcomes for government, community, developers and other stakeholders.

Why is Council preparing a structure plan?

Caulfield is a strategically significant activity centre in the City of Glen Eira due to its links with Monash University Caulfield Campus, Caulfield Racecourse Reserve and the Caulfield Station transport hub. The Victorian State Government’s metropolitan strategy, Plan Melbourne 2017–2050, recognises the area as a major activity centre and an education precinct.

Glen Eira City Council, with support from the Victorian Planning Authority (VPA), has undertaken long-term planning for this precinct to shape the opportunities that come with anticipated government and private investment. There are several significant drivers and opportunities within the area which include:

The project began when the Minister for Planning directed the Victorian Planning Authority (VPA) to prepare the plan in partnership with Glen Eira City Council, City of Stonnington, Department of Transport, Caulfield Racecourse Reserve Trust and other key stakeholders.

In late 2020, the VPA handed over lead responsibility for the project to Glen Eira City Council. The VPA concluded work after two phases of community engagement and background work, which enabled Council to prepare a draft Caulfield Structure Plan for community engagement in early 2022.

You can read more about the project’s history on the VPA website and in the related resources below.

Council adopted the final Caulfield Structure Plan (PDF, 52Mb) on 20 September 2022 at the Ordinary Council Meeting, with the change to reduce the preferred maximum height for the land at 964–972 Dandenong Road and 4 Grange Road Carnegie (within the Grange Precinct) to nine storeys with a four storey street wall height.

Council is now preparing draft planning controls and a planning scheme amendment to implement the Caulfield Structure Plan. A further report for approval will be brought to Council for approval in 2023 before a Planning Scheme Amendment process including formal exhibition of the controls is progressed.