To find out how the Victorian Government COVIDSafe Settings impact our services, visit our COVID-19 Council services update webpage.

This exhibition surveyed the career of nationally and internationally renowned jeweller and goldsmith Robert Baines, through selected key pieces of jewellery, sculpture and hollow-ware from 1969-2011 and related preparatory drawings from 1974-2009, reflecting the diversity and richness of his practice. Robert Baines is one of Australia’s most significant and influential jewellers and goldsmiths, who has shaped international historical scholarship. He creates fictitious jewellery, often combining precious materials such as gold and silver with plastic and powder coated elements.

The exhibition featured a selection of his compelling and intricately constructed jewellery and large-scale sculptural objects, celebrating his exceptional technical and conceptual skills and the creative achievements of one of Australia’s most iconic jewellery practitioners.

As the exhibition curator Diane Soumilas noted: “Regarded as a maverick in contemporary jewellery practice, Baines plays with history, challenging notions of authenticity and what is real, provoking the viewer through playful, modern-day interventions, merging the past with the present.”

“Invested with a rich historical and spiritual life, his oeuvre provides fertile territory for exploration and contemplation. Beauty and integrity, spirituality and mystery, fiction and truth, authenticity and history are integral to Robert Baine’s art practice and his life experience.”

With a career spanning more than 40 years, Baines has exhibited widely in Australia and overseas since 1977. He has been awarded major international and national prizes such as the Friedrich Becker Preis, 2008; Bayerishe Staatspreis, 2005; gold medal at the 57th Internationale Handwerksmesse, Munich; the Cicely and Colin Rigg Craft Award, 2007 at the National Gallery of Victoria; and the Seppelt Contemporary Art Award, 1998, Museum of Contemporary Art, Sydney. In 1979, Baines received a Winston Churchill Study Grant to research gold artefacts in international collections, followed by Senior Fulbright and two Senior Andrew Mellon Conservation Fellowships at the Metropolitan Museum of Art in New York.

He was the recipient of the 2010 Living Treasures: Masters of Australian Craft series, and recently participated in a panel discussion in conjunction with the exhibition Jewelry: The Body Transformed at the Metropolitan Museum of Art, New York, USA. Recent international exhibitions include Intimate Friendships: Robert Baines, Gallery Loupe, NJ, USA, Robert Baines: Living Treasures and Fabulous Follies, Massachusetts College of Art and Design, Boston, USA in 2018 and Fake News and True Love: Fourteen Stories by Robert Baines, Museum of Arts and Design, NYC, USA in 2019.

Baines was Professor of Art, Gold and Silversmithing at RMIT University Melbourne’s School of Art. His work is represented in prestigious national and international collections including the National Gallery of Victoria, Melbourne; the Powerhouse Museum, Sydney; National Gallery of Australia, Canberra, Victoria and Albert Museum, London; the Metropolitan Museum of Art, New York; and the Musée des Arts Décoratifs, Paris. 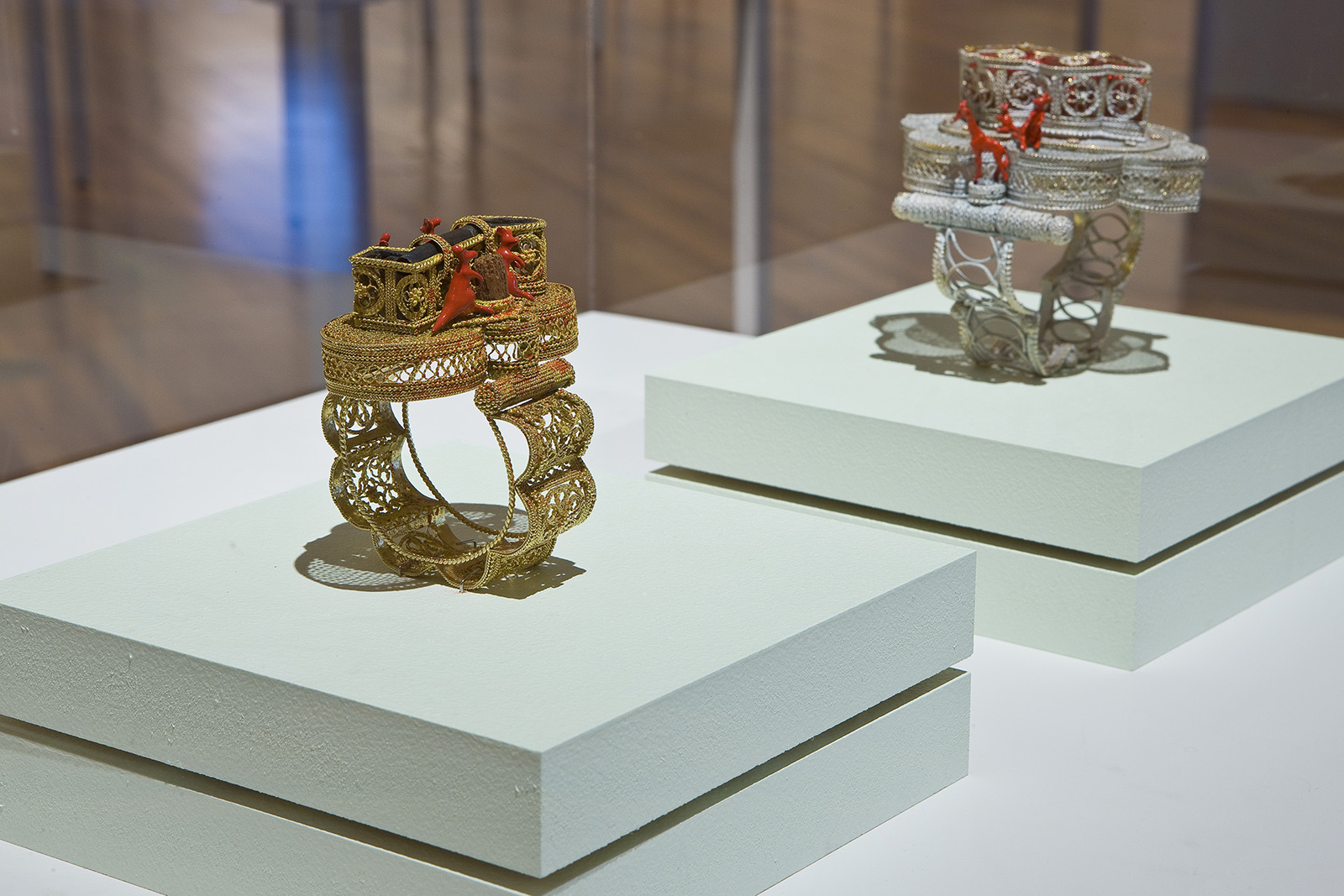 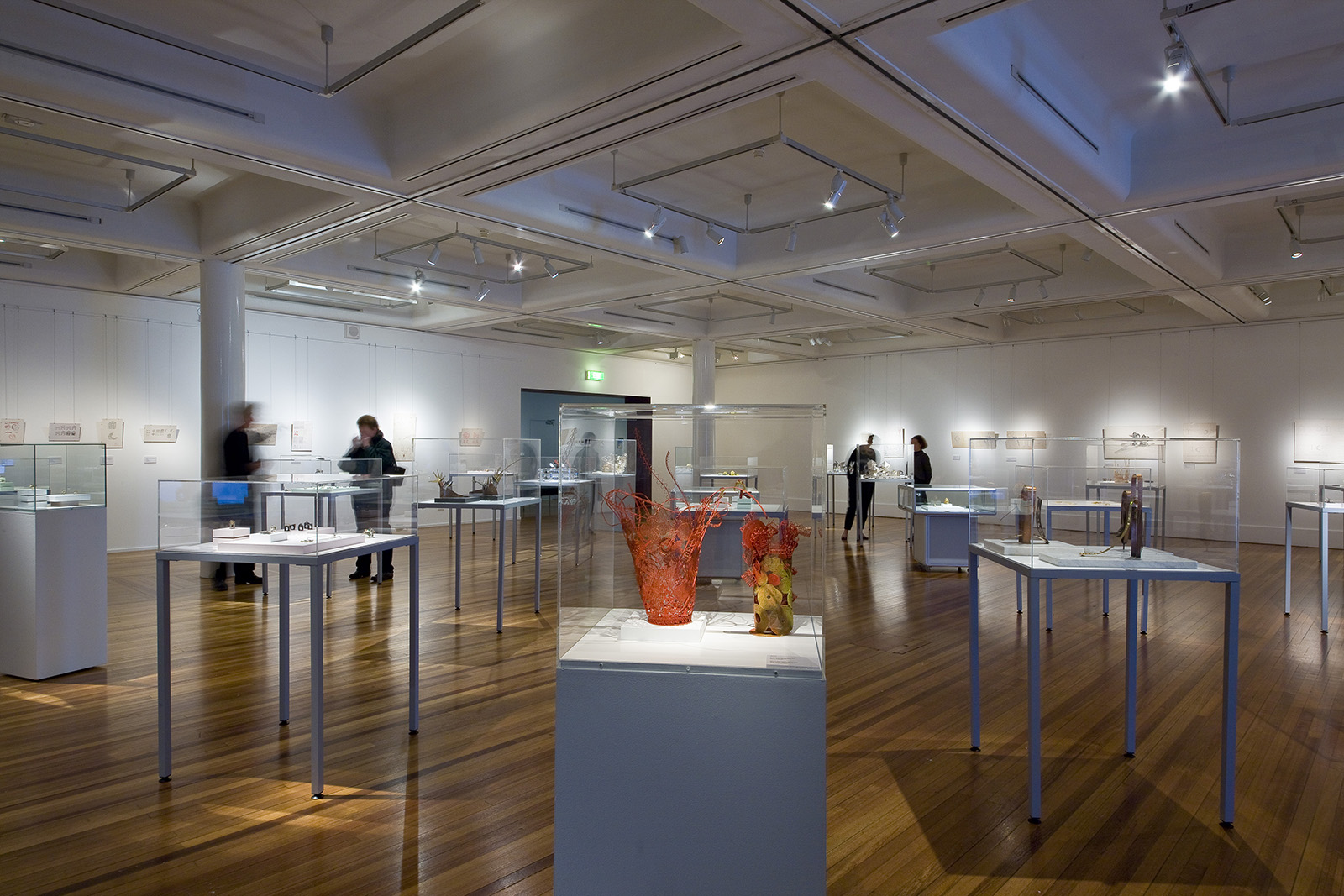 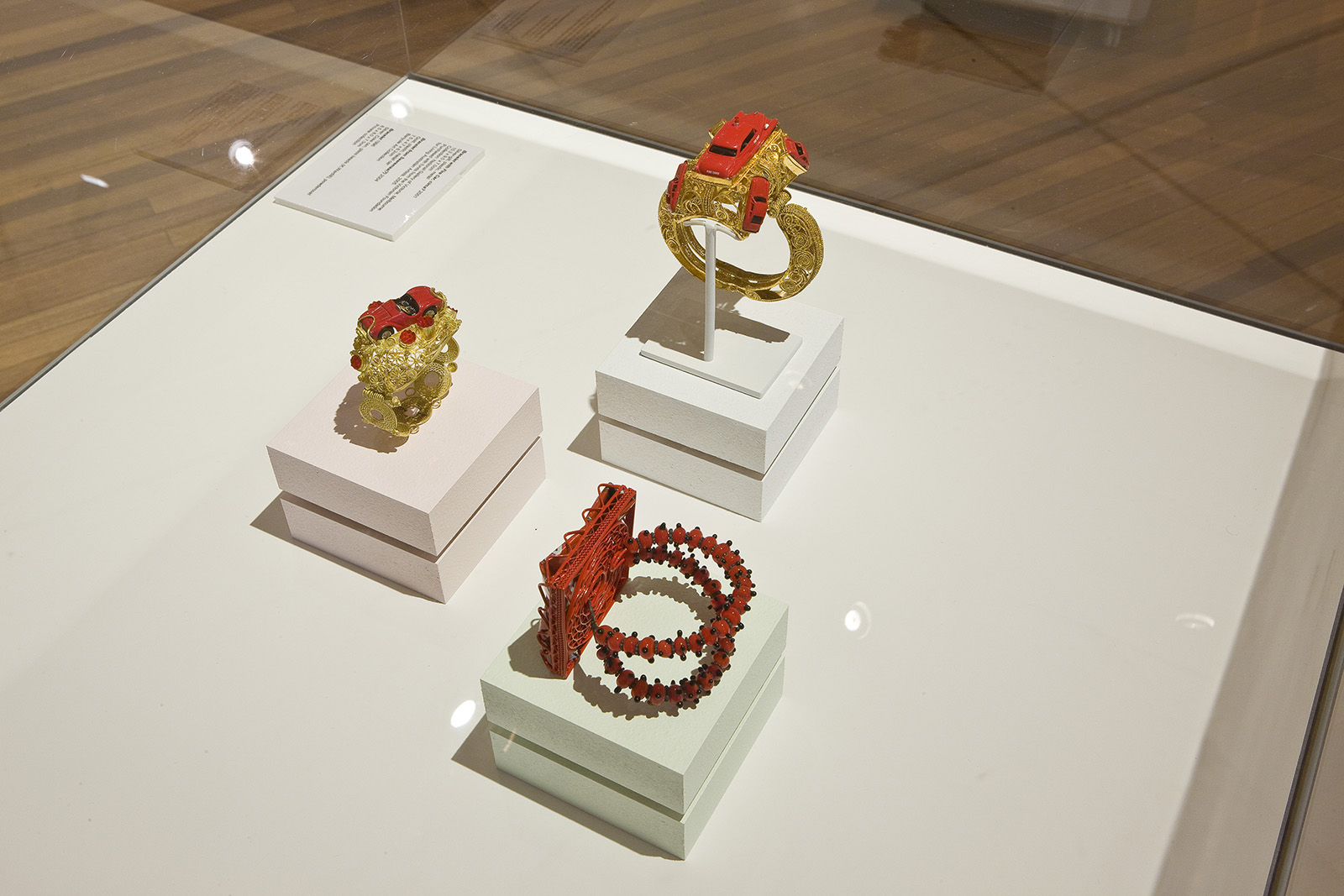 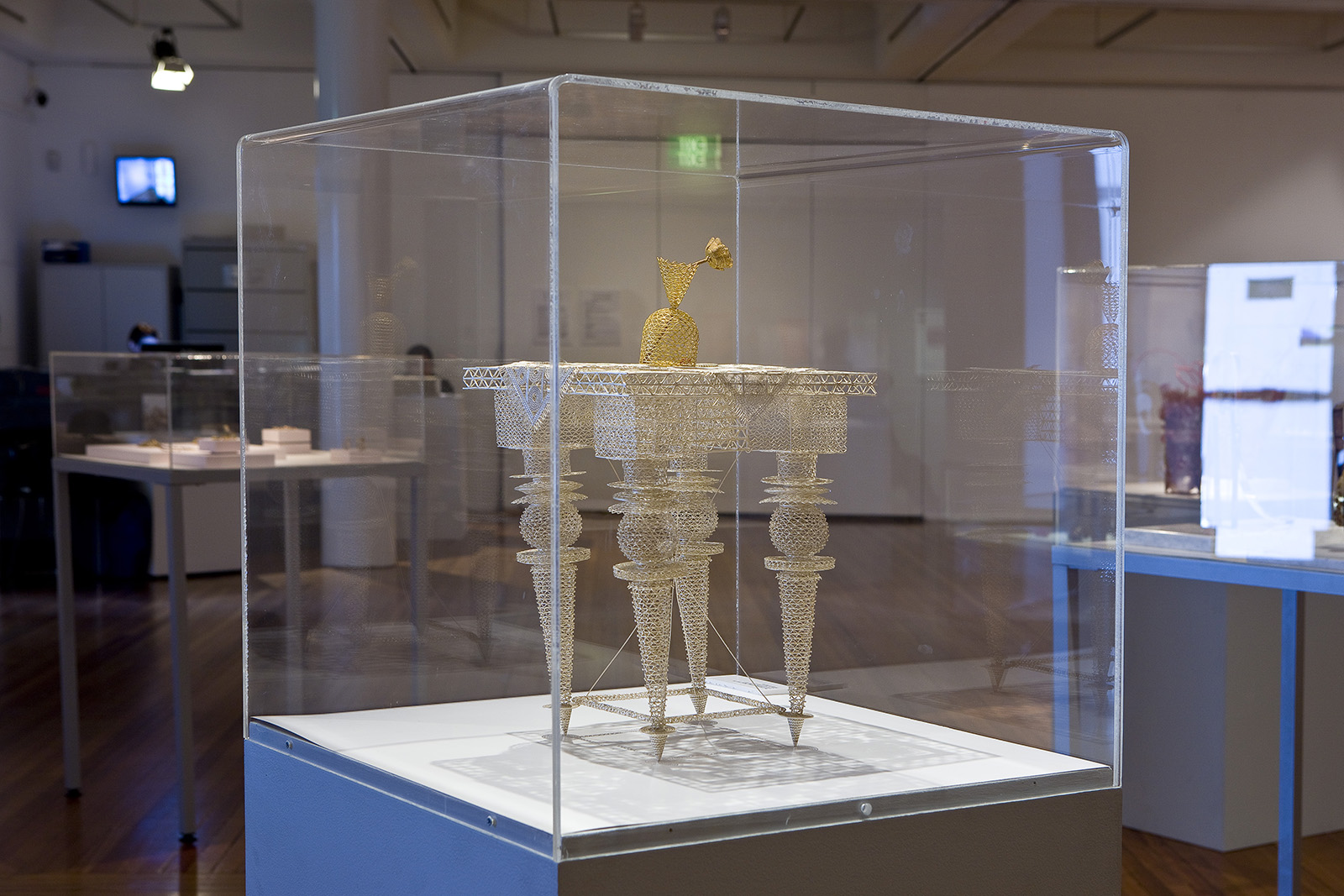 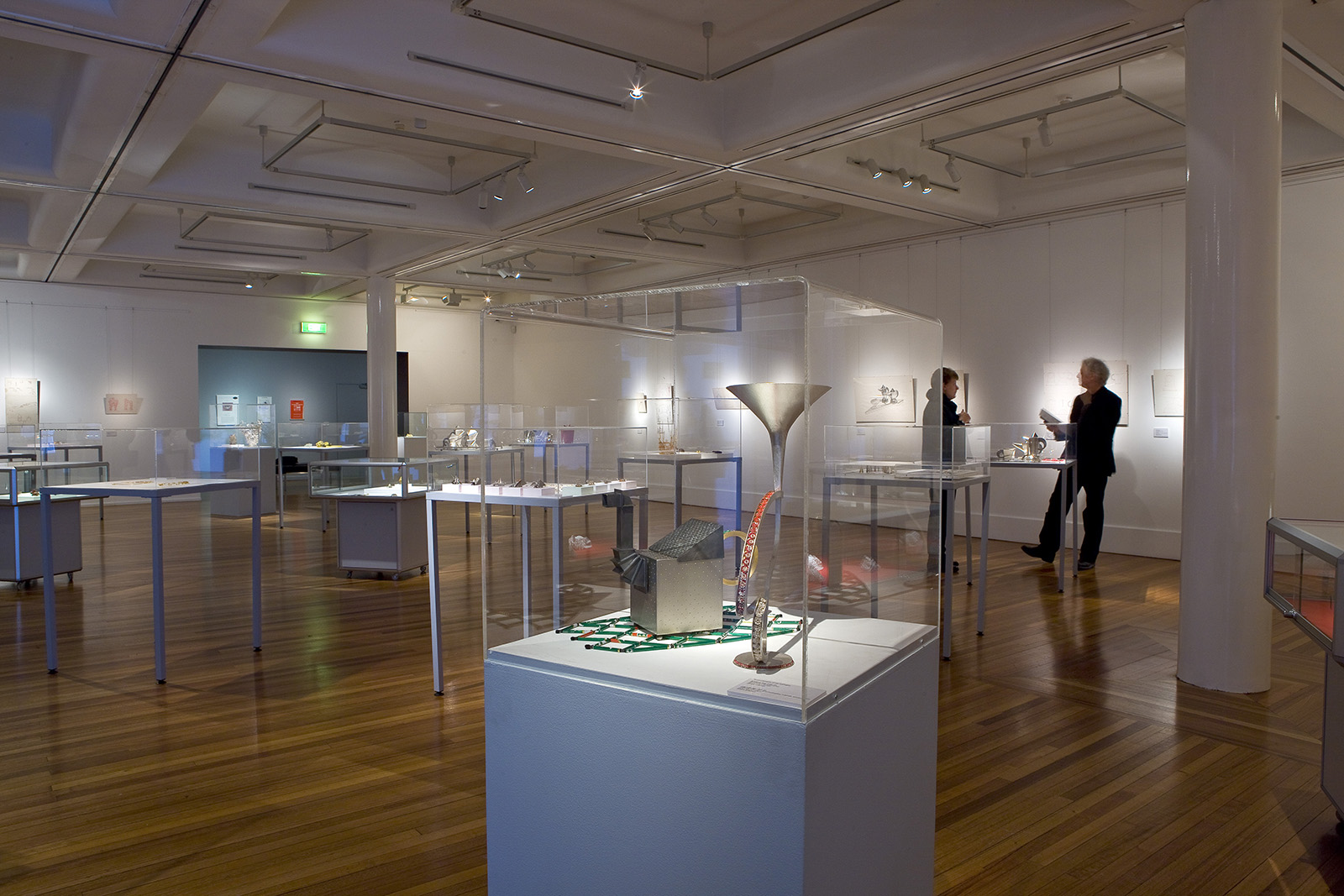 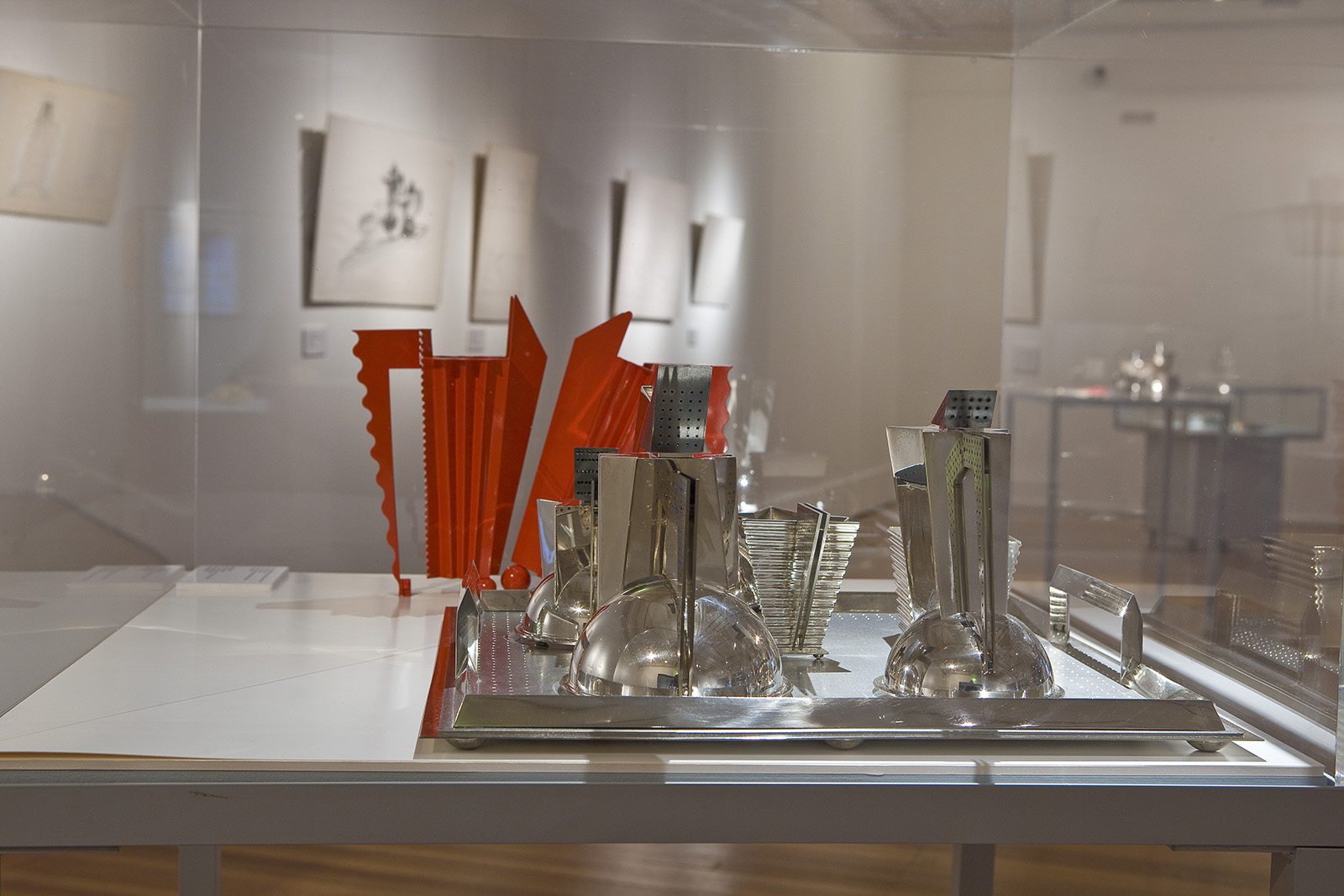 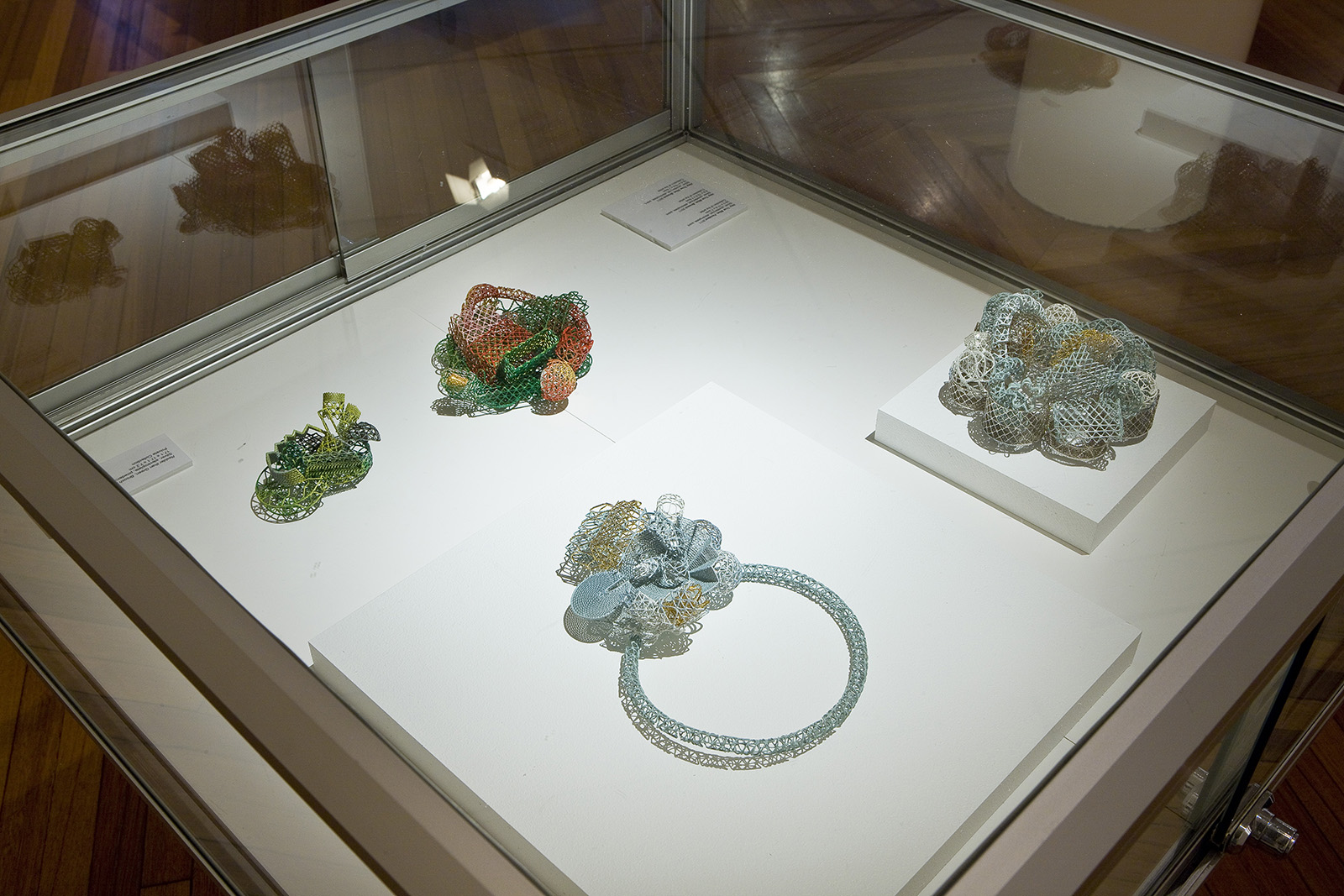 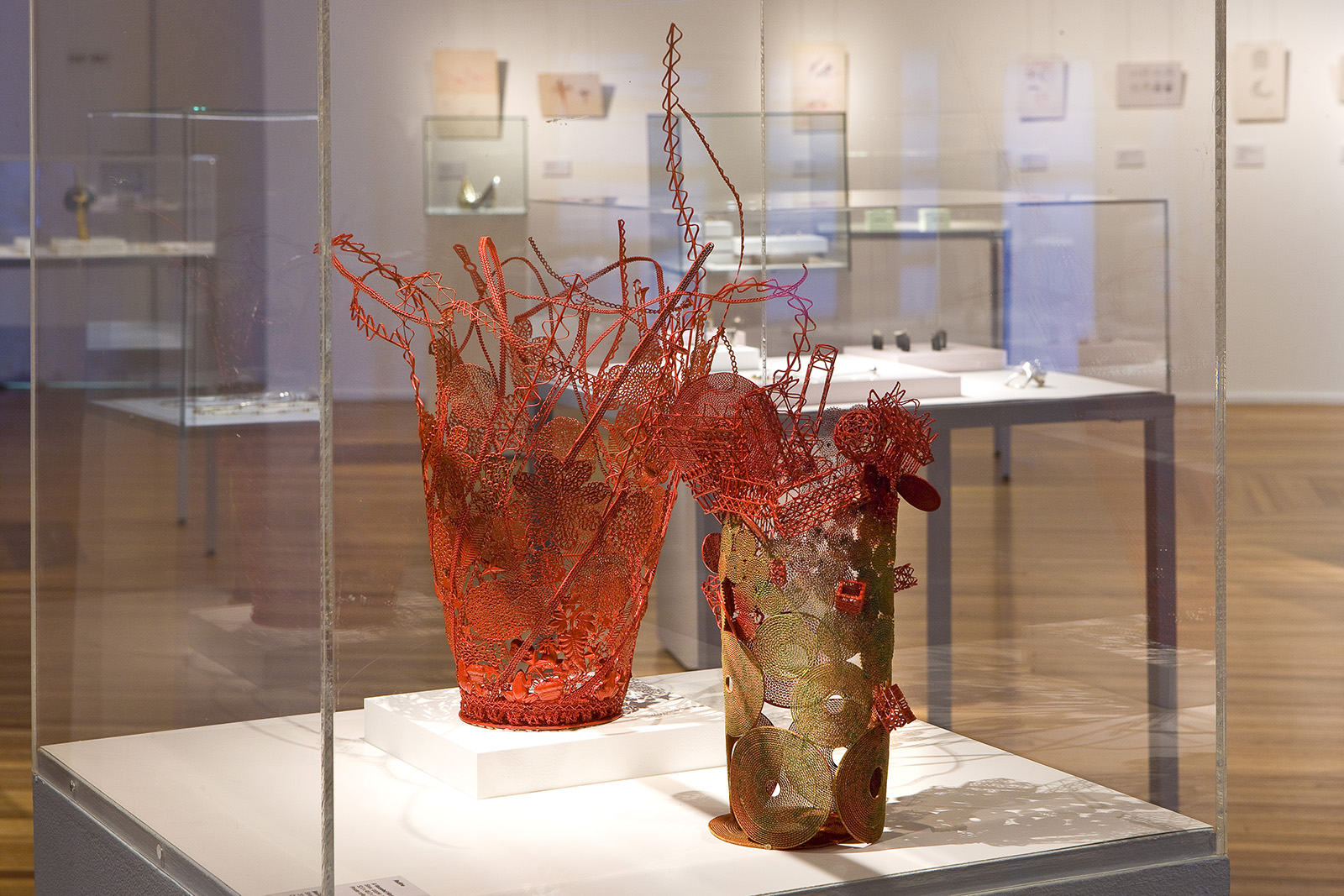 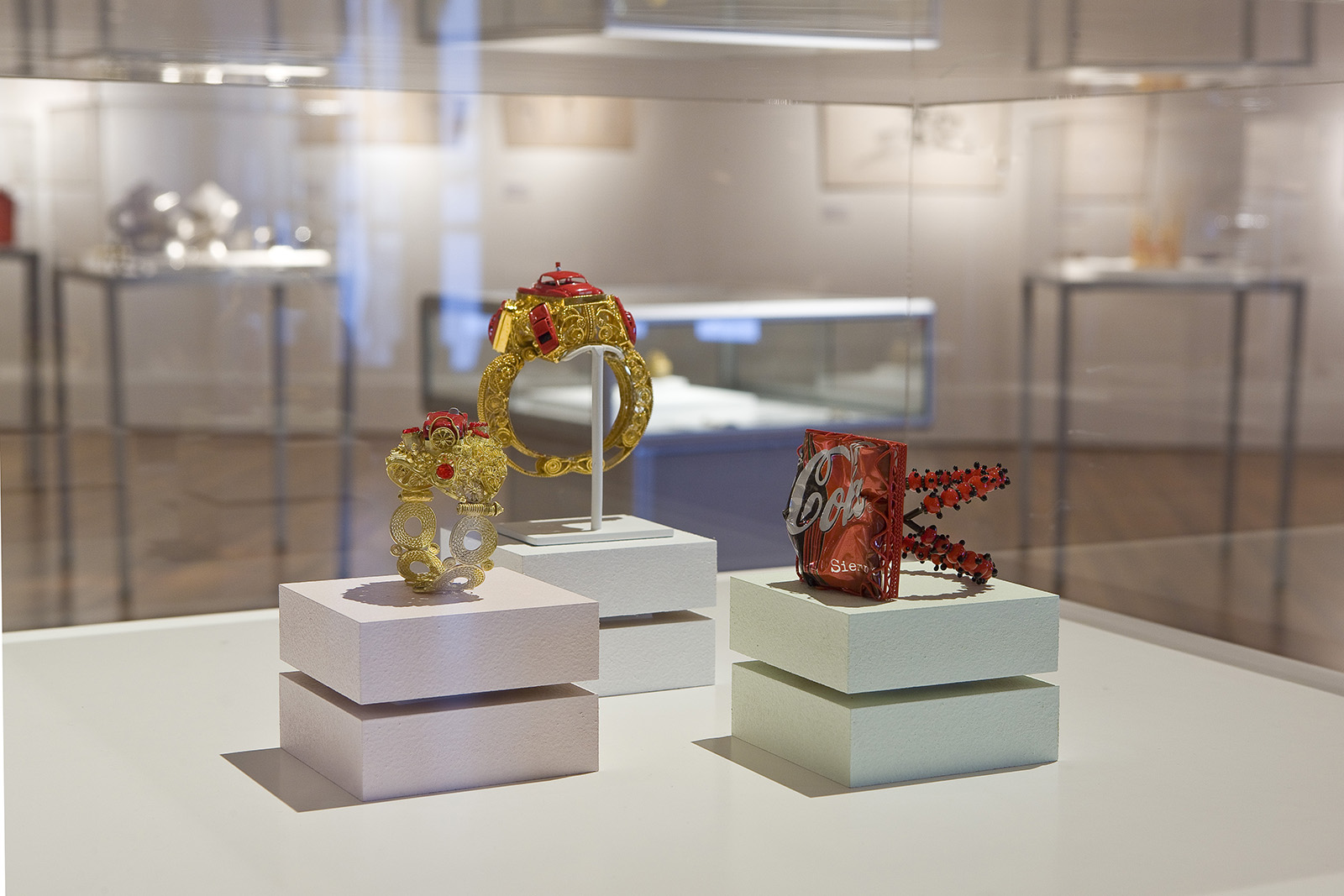 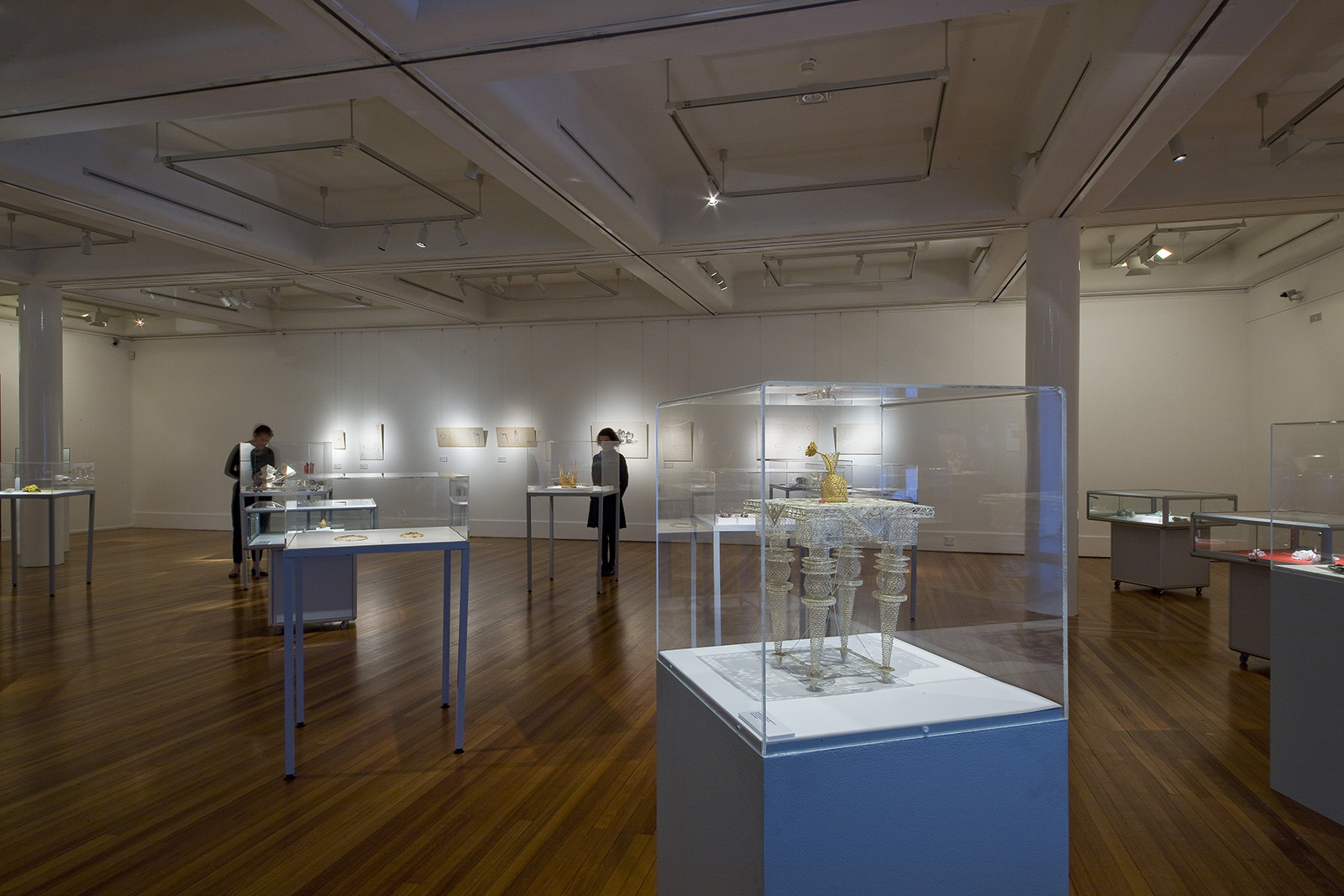 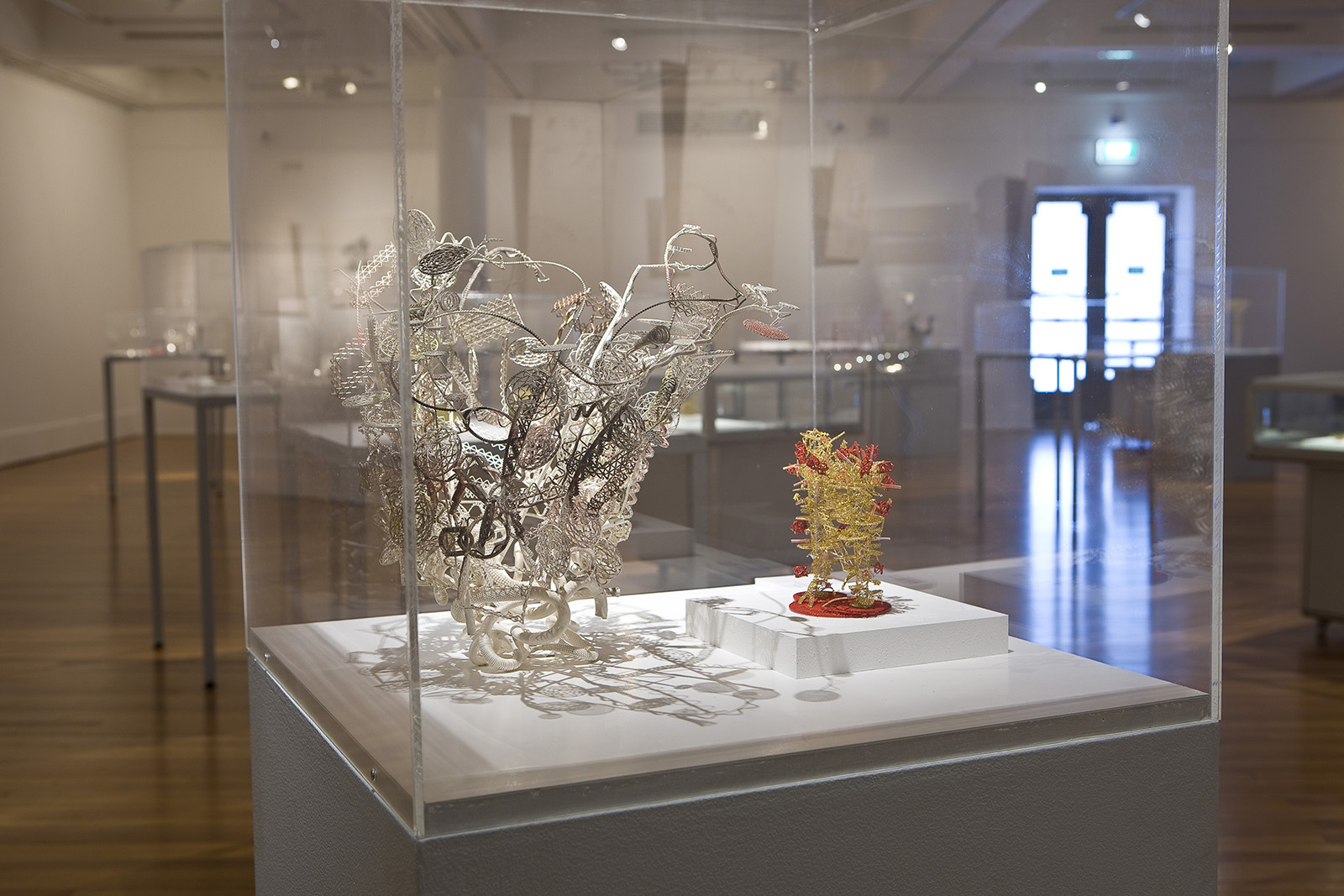 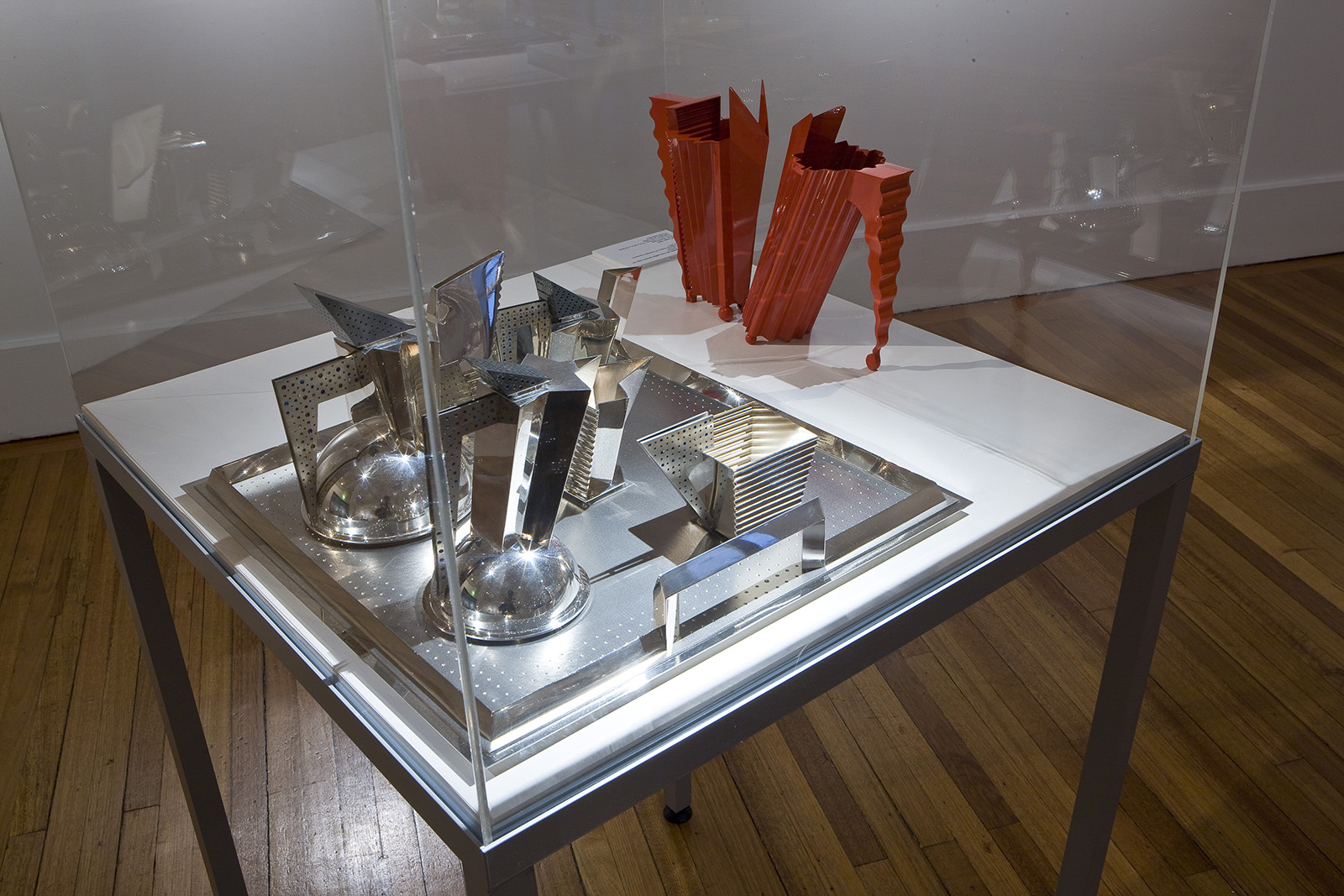