The following strategies have led to the formulation of local residential policies.  These strategy documents provide background material that may be helpful when preparing or assessing a planning application.

The Housing and Residential Development Strategy was adopted by Council on 18 August 2003.  The strategy identifies the areas where housing diversity should be encouraged (housing diversity areas) and areas where the existing low intensity, low-rise character should be protected and enhanced (minimal change areas). 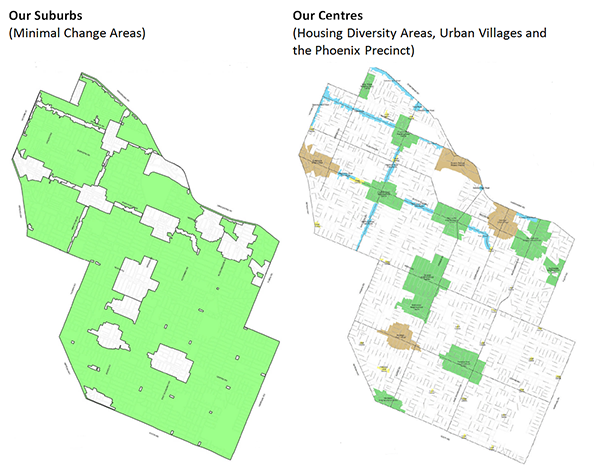 The Minimal Change Area Policy encourages single and two dwelling developments and seeks to protect the low density, vegetated character of our suburban streets.  This policy applies to all residential development requiring a planning permit on land in a Neighbourhood Residential Zone (covering approximately 80 per cent of the municipality).

The Urban Villages Policy applies to our three activity centres: Elsternwick, Carnegie and Bentleigh.  Urban villages are major centres with a mix of workplaces, housing, shops and accessible public transport.  Development in these areas generally encourages business and community activity as well as increased housing diversity and density.